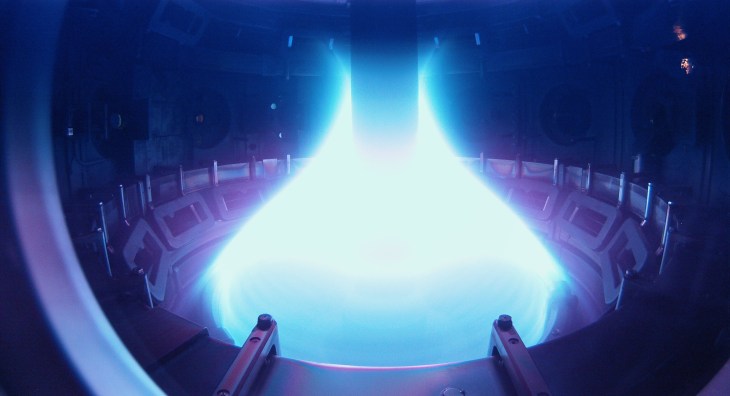 For decades, the answer to when fusion power would arrive was like the punchline to an oft-repeated joke — it was always 10 or 20 years away. Now, it might actually be on the cusp of commercialization.

If that refrain sounds all too familiar, it’s because, well, something like that was written 10 years ago. Fusion research has been simmering for decades. But now, it’s reaching a boiling point, and there’s plenty of evidence to suggest that this time will be different.

For a field that has existed for more than 60 years, a lot has happened in fusion research in the last half-decade. Researchers have set new records for how long they can contain the superheated plasma that fusion requires. Magnets to contain those plasmas have grown stronger and more efficient. As a result, the power produced by each fusion experiment has ramped up steadily, creeping closer to the point where the reactors produce more power than they consume, known as the break-even point.

It’s as though fusion research were a race, but the different groups competing weren’t sure where they were on the course. Then, suddenly, they all spotted the finish line: reactors creating as much power as they gobble up.

Buoyed by those results, investors are betting large amounts of money that fusion will soon banish the ghosts of its past: Fusion startups raised $2.7 billion in the last year alone, according to a TechCrunch analysis of PitchBook data.

Such a sudden burst of progress across a number of different approaches might seem implausible at first glance. At the very least, it cuts against the popular narrative of the lone genius making a key discovery that cracks the problem once and for all. But it suggests that fusion power’s time has arrived.

“Are we at an inflection point in fusion?” said Eric Toone, technical lead of the investment committee at Breakthrough Energy Ventures. “We absolutely believe so.”

Breakthrough is one of a handful of investors that have placed sizable bets on fusion power becoming a reality. Started by Bill Gates, Breakthrough joined a $1.8 billion Series B for Commonwealth Fusion Systems last year, its third investment in the startup. (Gates personally joined that round, too.) Chevron and Google in July led a $250 million Series G for TAE Systems, which has been around since 1998. Helion Energy raised $500 million last year, led by Sam Altman. Zap Energy closed a $160 million round earlier this year.

That’s a lot of money riding on a yet-unproven technology. Fusion power isn’t preordained, of course — humanity isn’t fated to control the power of the sun. But the recent momentum created by three technological advances suggests we’re closer than ever. And that frenzy can be explained by a concept drawn from a very different field of study: evolutionary biology.