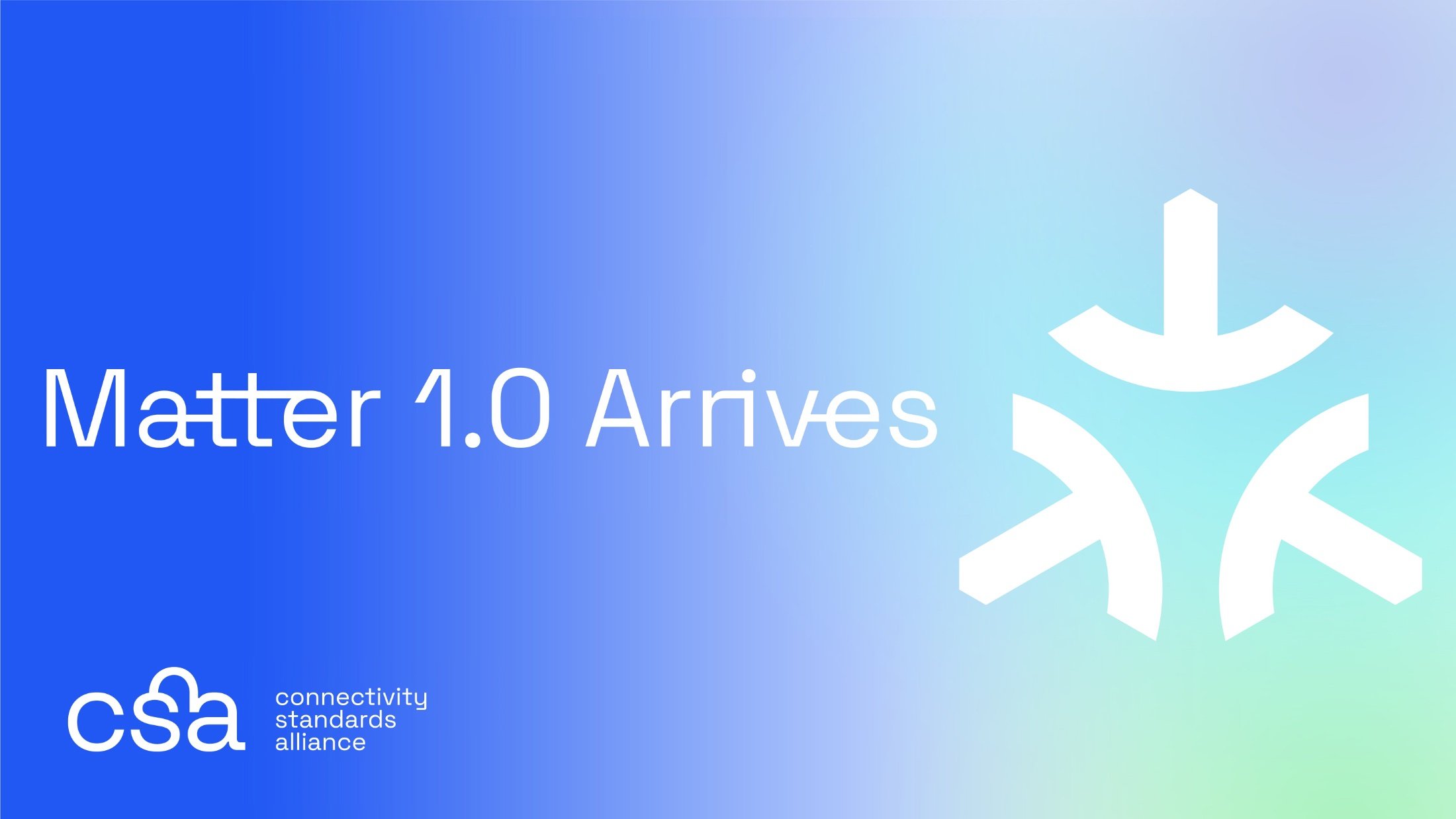 Matter has officially launched with the arrival of the 1.0 release of the smart home IoT standard.

The Connectivity Standards Alliance (CSA) is responsible for creating, evolving, and managing the Matter standard. Today, the CSA and its members released the Matter 1.0 standard and certification program.

“What started as a mission to unravel the complexities of connectivity has resulted in Matter, a single, global IP-based protocol that will fundamentally change the IoT,” said Tobin Richardson, President and CEO of the CSA.

“This release is the first step on a journey our community and the industry are taking to make the IoT more simple, secure, and valuable no matter who you are or where you live. With global support from companies large and small, today’s Matter 1.0 release is more than a milestone for our organisation and our members; it is a celebration of what is possible.”

“We would not be where we are today without the strength and dedication of the Alliance members who have provided thousands of engineers, intellectual property, software accelerators, security protocols, and the financial resources to accomplish what no single company could ever do on their own,” said Bruno Vulcano, Chair of the Alliance Board and R&D Manager for Legrand Digital Infrastructure.

“With members equally distributed throughout the world, Matter is the realisation of a truly global effort that will benefit manufacturers, customers and consumers alike, not just in a single region or continent.”

Various IoT standards have attempted to become the go-to for smart homes but have suffered from some companies putting their weight behind one over another, or pushing their own proprietary standard. For consumers, this has resulted in some homes having multiple hubs for their smart devices and not all working together seamlessly (if at all).

The fairly ubiquitous backing of Matter from almost all major tech companies will go a long way to finally unlocking the full potential of smart homes.

Apple, for its part, announced that it would be launching iOS support for Matter. With the official launch of Matter this week, Apple is expected to enable support in the upcoming iOS 16.1 update.

“Thread creates a self-healing mesh network which grows more responsive and reliable with each added device, and its ultra-lower power architecture extends battery life. Combined, Thread with Matter is a powerful choice for product companies and a great value for consumers.”

“Together, Wi-Fi CERTIFIED and Matter bring simple and secure interoperability for a better user experience with a wide range of IoT devices.”

Any company interested in becoming a member of the CSA can find out how here.

Want to learn about the IoT from industry leaders? Check out IoT Tech Expo taking place in Amsterdam, California, and London.