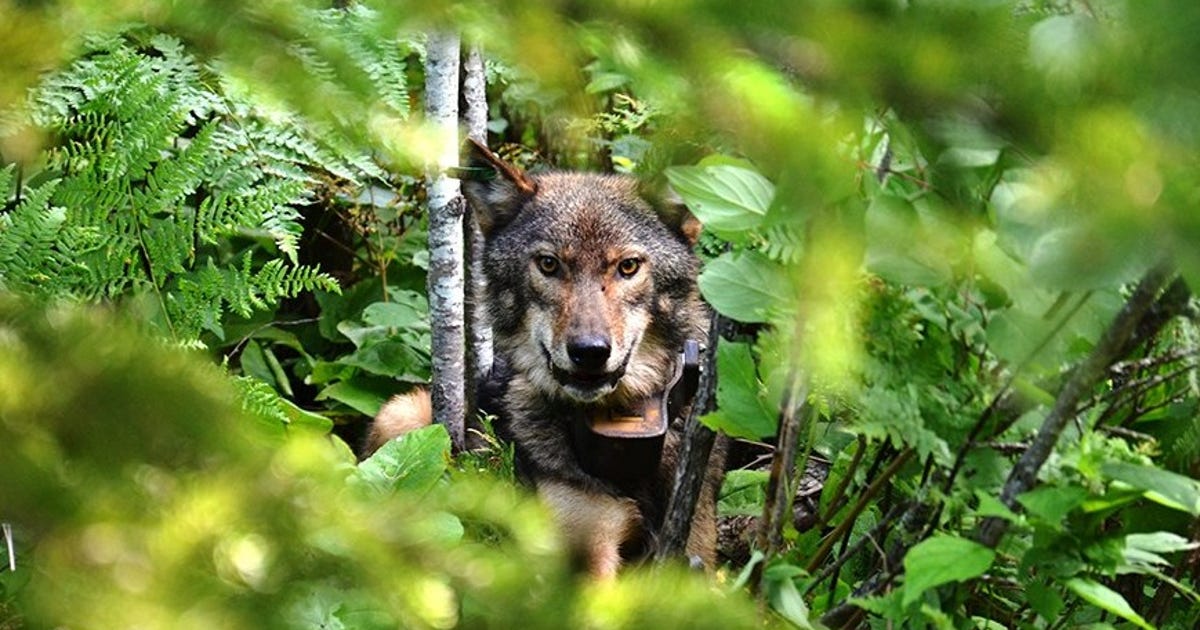 Wolves have a reputation as meat-eating predators that take down deer, elk and moose for their meals. But they also have some serious foraging skills and will happily chow down on fruit.

The Voyageurs Wolf Project from the University of Minnesota follows the activities of gray wolves in northern Minnesota in and around Voyageurs National Park. The project uses tracking devices and cameras to monitor the wild canines. On Monday, the project shared a rare video of wolves eating blueberries.

The wolves in the video are from the Paradise Pack that consists of four adults and one known pup. The video shows three of the adults and the pup pulling blueberries from low-growing bushes. Most of the wolves are wearing GPS tracking collars or ear tags.

Voyageurs Wolf Project says the only other known footage of wolves eating blueberries was from a few years ago and was also captured by the project’s cameras. This may also be the first footage of a mom and her pup foraging for blueberries together.

“This past summer was a bumper blueberry crop and every wolf we studied spent extensive time foraging on blueberries,” the wolf project said. “Our research has shown that berries can make up to 83% of the weekly diet of wolf packs during the berry season.”


Wolves are more flexible and opportunistic eaters than many might suspect. A 2020 study (PDF) discussed a 2017 observation of an adult wolf regurgitating wild blueberries for its pups in Minnesota.

Voyageurs Wolf Project is answering questions about what wolves do during the summer. What do they eat? How many pups do they have? Where are their dens? This information can be used to guide conservation and management practices. The recent blueberry-munching observations reinforce the importance of fruits in the diets of the Minnesota wolves. Delicious and nutritious.