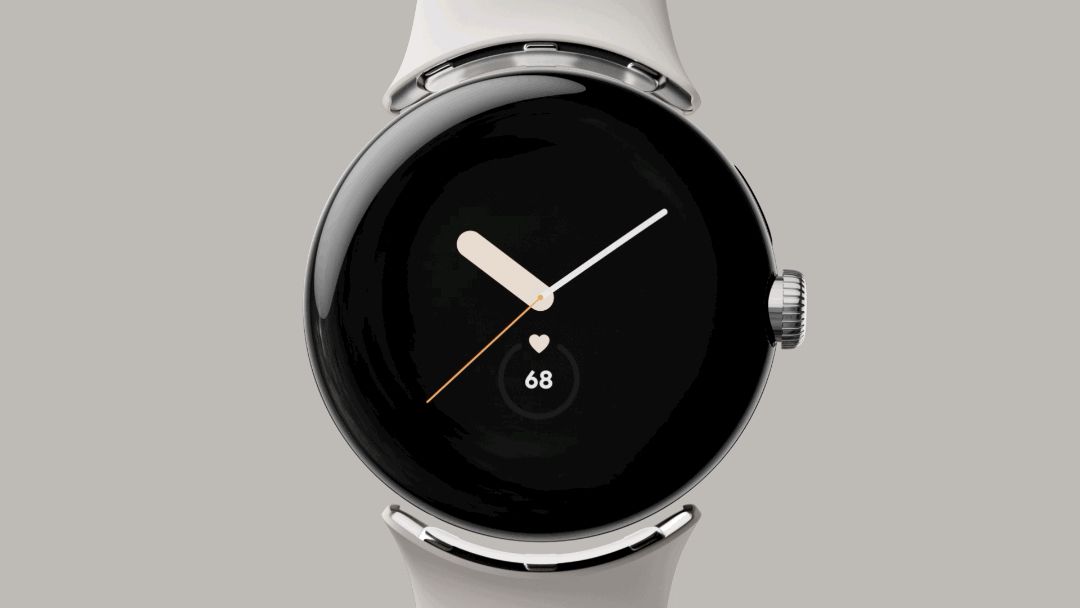 Ever since Google launched its Pixel-brand phones as a stock showcase for its phone software, Android fans have waited impatiently for a Pixel Watch to jumpstart Google’s efforts with Wear OS. Six years later — after years of supposed leaks, delays, and cancellations — Google will finally fulfill that wish.

Briefly unveiled at Google I/O 2022, the Google Pixel Watch is an Android lifestyle watch with an edge-to-edge design, Fitbit integration, a UI that will likely incorporate Material You, and similar hardware to Galaxy Watches of years past.

Google clammed up since the May reveal, but we now have an official launch date of October 6, the same day that preorders will open. If you can’t wait until the big reveal to know more, leakers have given us plenty of juicy tidbits to tide us over, including the (alleged) chipset, RAM, and battery specs.

Without any further buildup, let’s explore everything we know about the Google Pixel Watch, how it will compare to the best Android smartwatches available now, and what exclusive features it will offer.

It’s all coming together.Join us live for #MadeByGoogle on October 6th at 10am ET.Sign up for updates and add to your calendar: https://t.co/SAeNERjey0 pic.twitter.com/NaeUtChx7XSeptember 6, 2022

The Google Pixel Watch will ship alongside the Pixel 7 and Pixel 7 Pro “this fall.” While Google didn’t provide an official release date, both the Pixel 5 and Pixel 6 shipped the last Thursday of October: 10/29 and 10/28, respectively. So it’s fair to speculate that the Pixel Watch and Pixel 7 will ship on Thursday, October 27, this year, or another date close to that.

To find out the official date for yourselves, you can watch the livestream starting at 10am eastern time on Thursday, October 6. Preorders will open shortly after the event ends.

We haven’t heard anything official from Google about the Pixel Watch price, but there have been a couple of price leaks suggesting the watch will fall closer to the F400 Apple Watch Series 8 than the $280  Galaxy Watch 5 in price.

A 9to5Google source claims the standard Pixel Watch with Wi-Fi will cost $350 and that the LTE version will cost $400. And leaker Roland Quandt followed up on this news to claim the Watch will cost £339 / €379 in Europe, or up to €419 for the cellular model.

Because the Pixel Watch will support Fitbit integration, you may end up wanting to pay for a Fitbit Premium subscription, which would add an additional $10/month or $80/year on top of the watch’s cost. Most Fitbit watches do offer 3-12 months of free premium, so we wonder if Google will bundle that in as well.

The Google Pixel Watch sports a flat, edge-to-edge design that evokes the 2015 Moto 360. It has a rotating crown on the right-center of the case, with buttons on the underside of the casing. This look helps to give the watch an even cleaner look and still maintain functionality.

Google posted an official video showcasing the Pixel Watch design at all angles (embedded above) if you want a closer look.

In terms of color options, we’ve seen Google show off models with black, gray, and gold casings and black, gray, and lime-green bands. We don’t yet know if it uses steel or aluminum. We’ve since seen more band colors leaked, embedded below.

The Pixel Watch uses a proprietary mechanism for attaching bands, which means you can’t use your favorite bands from past watches. But a Pixel Watch band leak from 9to5Google indicates you may have seven official band options when it launches.

In the box, you’ll have a silicone band and a single rubber band like Apple’s Solo Loop; also available on the Google Store will be a stainless steel mesh band, a link bracelet, a fabric band, and two leather bands.

Aside from Google’s official renders and press photos, Android Central acquired exclusive pictures of the upcoming wearable back in April thanks to an engineering sample being left at a restaurant in the U.S. Based on Google I/O, we now know this sample to be fairly accurate to the final product, and so we’ve included those photos above, along with other photos he subsequently posted on Reddit.

The person who found the abandoned Pixel Watch explained it will use 20mm bands and measured it as about 40mm wide and 14mm deep. That’s remarkably thick for that case size, compared to most lifestyle watches like the 10.7mm Apple Watch and 9.8mm Galaxy Watch 4.

The leaker says the protruding crown doesn’t hit the back of the wearer’s hand when bending their wrist, and that it’s more comfortable than the Galaxy Watch 4 despite its rather thick appearance. He did describe the bezels as “pretty substantial,” which many will see as a negative. We’ve since seen some conflicting renders that show different bezel sizes, which has only made us more confused.

Google didn’t reveal anything official about the Pixel Watch’s specs at I/O, but leaks have given us a decent level of info about the upcoming device. Some of it promising… and some of it underwhelming.

In terms of the Pixel Watch’s processor, a May leak revealed it will likely use the 2018 Exynos 9110 chipset that first appeared in the original Galaxy Watch. Samsung now uses the Exynos W920 in the Galaxy Watch 4, but Google began designing the watch when the 9110 was the latest hardware, and reportedly didn’t redesign the Pixel Watch to incorporate the newer model.

While Samsung’s hardware has traditionally beaten Snapdragon Wear chips for consistent performance, we’re concerned and disappointed that Google’s 2022 watch will rely on somewhat outdated hardware. An analyst we spoke to suggested Samsung may be hoarding its new Exynos W920 chip for Galaxy Watch 4 and 5 models, due to the recent silicon shortage, leaving Google with limited options.

Another subsequent Pixel Watch hardware leak eased the sting of this news a bit. Google may pair the Exynos 9110 with a coprocessor that shares the load for lighter tasks. It allegedly plans to add more RAM than the 1.5GB found in the Galaxy Watch 4: We don’t have an exact number, but 2GB seems to be the implication. It could pack a hefty 32GB of storage as well.

In terms of battery life, an insider source told 9to5Google that the Pixel Watch has a battery “just under 300mAh,” expected to last a day with regular use. Though, they couldn’t share whether that included optional settings like always-on display or sleep tracking. For context, the Galaxy Watch 5 40mm model has a 284 mAh battery that delivers pretty respectable longevity.

A recent Fitbit app APK code deep-dive by 9to5Google revealed that the Pixel Watch will need a 30% charge or more “to track a full night’s sleep.” That’s a bit worrying for the Pixel Watch’s ability to last a full day per charge.

The same source above also suggested the watch would take 110 minutes to charge to 100%. That’s another knock against the watch, as it means users will have to keep their watch charging for nearly two hours per day with regular use.

Google gave us very little official info on Pixel Watch software, but leakers have filled in the gaps and given us a pretty clear picture of it. First, we’ll dive into what we do know officially about its software.

It’ll require an Android phone running Android 8 or better. We’re not surprised that Google won’t make the Pixel Watch available for iOS users, even if a few Wear OS watches like the Fossil Gen 6 do connect to iPhones. Google wants to integrate its watch with Android hardware seamlessly, and not enough Apple Watch users would switch to Pixel Watch to make it worth the software effort.

We know it’ll use Wear OS 3, though it’ll have a different UI spin than the Wear OS 3 found on the Galaxy Watch 5. Specifically, Google says it’ll have “refreshed UI and rich notifications.” But in many ways, the Pixel Watch will have familiar features to anyone who uses a Wear OS watch or Fitbit tracker.

On the Wear OS side, Google mentions the Pixel Watch will support Google Assistant, Google Maps, and contactless payments through Google Wallet. Aside from the Galaxy Watch 4, most of the best Wear OS watches support Assistant as well as other core Google apps.

A recent Pixel Watch app leak revealed that the watch will have a Google Home app that essentially makes the watch a portable smart home controller, including options to change your smart thermostat temperature or adjust your smart lights.

As for Fitbit integration, Google says the Pixel Watch will give you continuous heart rate and sleep tracking, Active Zone Minutes, and stat-tracking towards your “personal fitness goals.” It also warns that “some features may require Fitbit account and mobile app,” which references the fact that it will require a Fitbit Premium subscription to access them.

It’ll be interesting to see how the Pixel Watch experience compares to “stock” Fitbit watches like the Fitbit Sense 2 — especially whether the Pixel Watch will offer other sensors besides the HRM, such as SpO2, ECG, or EDA. Without them, the Fitbit health data will be limited compared to much cheaper watches.

Google also mentioned that Pixel Watch “is a natural extension of Google’s helpful Pixel portfolio, joining Pixel phones and Pixel Buds.” Similar to how the Apple Watch pairs with your iPhone and AirPods, Google wants to create similar synchronicity with its own devices so you’re tempted to buy them.

Google didn’t share more details at the time, but a recent APK deep-dive revealed that the Pixel Watch will support a “Smart Unlock” tool where your Android phone remains unlocked if it detects your watch nearby.

Interestingly, the leak referenced a Pixel Watch app, which indicates Google will have you set up your watch with a unique app instead of the current Wear OS app. That could help Google enable some unique Material You features for the Pixel Watch.

Google released a Wear OS 3 emulator last year that revealed rounded, pill-shaped menus that look fairly similar to the UI on the Galaxy Watch 4, and match what Google briefly revealed at Google I/O.

Further emulator digging unveiled a Material You-esque design, with varying color options and watch faces that change color from day to night. One of the changes that came with Wear OS 3 is the option for OEMs to put their own spin on how the UI looks with a “skin.” So, it would make sense for Google to give the software on a Pixel Watch a custom look like it did with the release of the Pixel 6.

However unlikely, Google may even support Pixel Watch “skin gestures” based on a 2020 patent. In theory, the watch would use accelerometers to detect finger swipes on the skin around your watch with a “mechanical wave that propagates through the portion of a body of the user between an input region and the wearable device.” Google last tried gimmicky gesture controls with the Soli sensor found on the Pixel 4, so it’s not impossible Google would try this.

Google finally acknowledged that the Pixel Watch exists, but didn’t tell us much more about it. That makes sense, given the device won’t actually ship for months yet. But that also means there’s much more to discover about the device in the coming months. We’ll keep this hub updated with any more rumors, leaks, or official Pixel Watch info emerges between now and late October.

The Galaxy Watch 5 is one of the best smartwatches money can buy, thanks to its fast Exynos chip, excellent OLED display, and great battery life. Plus, it will seamlessly connect to your Galaxy phone and has the added benefit of optional LTE. If you don’t want to wait until fall for the Pixel Watch, this is your best Wear OS alternative right now.