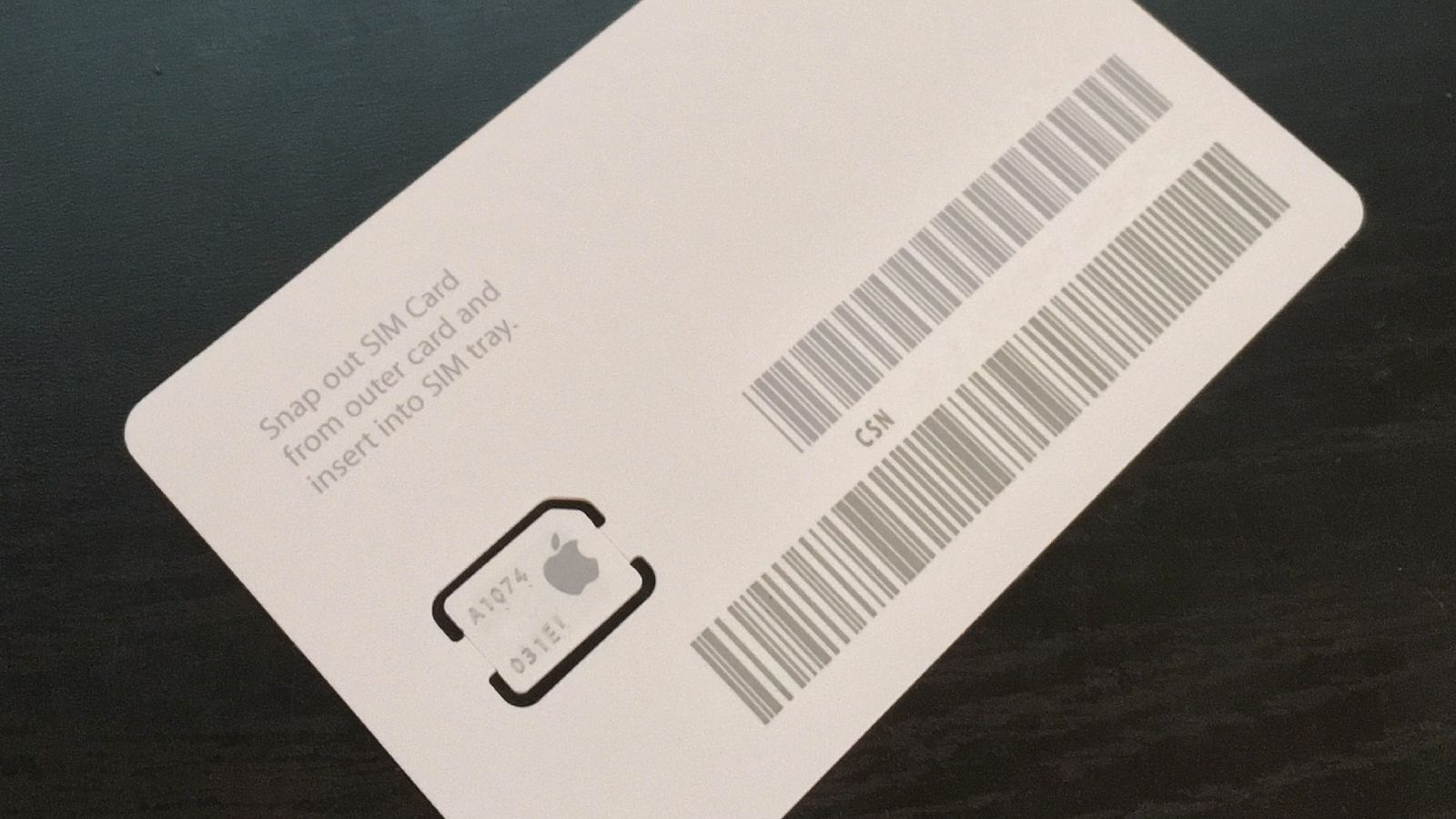 As of October 1, Apple SIM is no longer available for activating new cellular data plans on supported iPad models, according to an Apple support document. 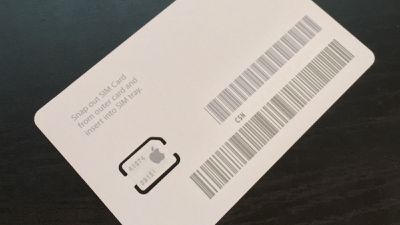 Introduced in 2014, the Apple SIM was designed to allow iPad users to activate cellular data plans from multiple carriers around the world. Initially, the Apple SIM was a physical nano-SIM card, but it was embedded inside later iPad Pro models. Apple SIM was similar to modern eSIM technology, but with more limited carrier support.

A physical Apple SIM card was included with the following cellular iPad models:

An embedded Apple SIM was included with the following cellular iPad models:

All of the iPad models listed above still have a physical SIM card tray. Apple’s support document advises customers to contact their carrier for details on how to activate a cellular data plan on these iPad models going forward.

All models of the iPad Pro, iPad Air, iPad mini, and iPad released since October 2018 support standard eSIM technology without the need for an Apple SIM.

Apple has internally discussed the idea of launching some iPhone models without a SIM card slot by next year, according to Bloomberg’s Mark Gurman. In his latest Power On newsletter, Gurman said the move would be part of Apple’s push towards eSIMs. Gurman said the SIM card slot could be removed on some iPhone 14 models, which Apple is expected to announce in just three days from now,…

Apple today announced that all iPhone 14 models sold in the U.S. do not have a built-in SIM card tray and instead rely entirely on eSIM technology. Tech specs on Apple’s website confirm the iPhone 14, iPhone 14 Plus, iPhone 14 Pro, and iPhone 14 Pro Max are not compatible with physical SIM cards and instead have dual eSIM support, allowing for multiple cellular plans to be activated on a…

Earlier this week, a rumor from Brazilian website Blog do iPhone claimed that iPhone 15 Pro models might not have a physical SIM card slot in at least some countries and regions, but the change might happen even sooner. Image: iFixit An anonymous tipster informed MacRumors that Apple has advised major U.S. carriers to prepare for the launch of eSIM-only smartphones by September 2022. The…

Rumors have suggested Apple could soon release an iPhone without a physical SIM card slot, and it turns out that if that’s accurate, Apple would be realizing Steve Jobs’ vision for the original iPhone, according to former iPod VP Tony Fadell. Fadell was recently interviewed by journalist Joanna Stern for a special event at the Computer History Museum to promote his new book Build: An…

Amid criticism from some customers regarding the removal of the SIM card tray on all iPhone 14 models sold in the United States, Apple today published a new support document outlining various “options and benefits” for using eSIMs while traveling abroad. Apple says an eSIM is more secure than a physical SIM since it cannot be removed from an iPhone that is lost or stolen. Apple also says…

iOS 16 introduces a useful new feature for dual-SIM iPhone users: the ability to sort messages per SIM in the Messages app. This feature is particularly beneficial to those who have both personal and work lines set up on a single iPhone. ”Messages now supports the ability for customers with a dual SIM iPhone to filter their messages based on their SIMs,” says Apple’s release notes for the…

References to two unannounced iPad Pro models have been spotted ahead of a rumored event set to place as soon as next month, where new iPads and Macs are expected to be revealed. The references, spotted by 9to5Mac on Logitech’s website, include a sixth-generation 12.9-inch iPad Pro and a fourth-generation 11-inch iPad Pro, two models expected next month. The references offer no details on…

The Wall Street Journal’s Joanna Stern recently traveled to Michigan to test Apple’s new crash detection feature on the iPhone 14 and Apple Watch Ultra. In response, Apple provided some additional information about how the feature works. Stern recruited Michael Barabe to crash his demolition derby car with a heavy-duty steel frame into two unoccupied vehicles parked in a junkyard — a 2003…

Apple CEO Tim Cook: ‘I’m Not Really Sure the Average Person Can Tell You What the Metaverse Is’

Apple CEO Tim Cook has been touring Europe this week, sitting down for interviews with various media publications. Augmented reality has been a running theme in Cook’s discussions, and it is a topic he brought up again in an interview with Dutch publication Bright, which is part of RTL News. ”I think AR is a profound technology that will affect everything,” Cook said, echoing comments from…