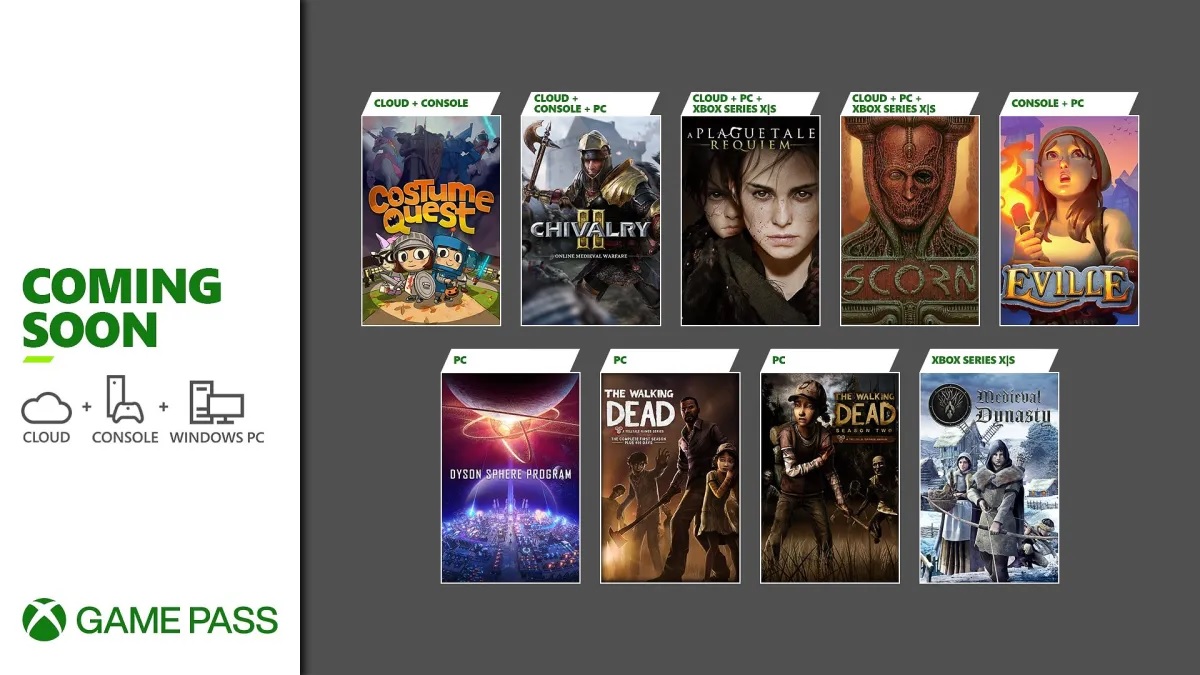 Xbox has announced which games are coming to Game Pass in the first wave of October additions. Among the other games, this wave gets four day one launches including the Geigerian horror title Scorn and A Plague Tale: Requiem.

The day one launches begin next week, including Eville, Dyson Sphere Program and Scorn. The final game in this wave, A Plague Tale: Requiem, releases on October 18. That’s a decent line-up of day one titles, especially Requiem, which looked excellent in the preview we played.

Luckily, the list of games leaving Game Pass is also relatively light this month. We’re losing Bloodroots, Echo Generation, Into The Pit, Ring of Pain, Sable and The Good Life, all on October 15.

On top of the Game Pass additions, Xbox has also announced its two titles for Games with Gold subscribers (which are also available to Game Pass Ultimate subscribers). These are Windbound, which is available now, and Bomber Crew Deluxe Edition, which is available on October 16. This marks the first month that Xbox has not offered a 360-era title with Games with Gold. This brings the number of Gold titles down from four per month to two.