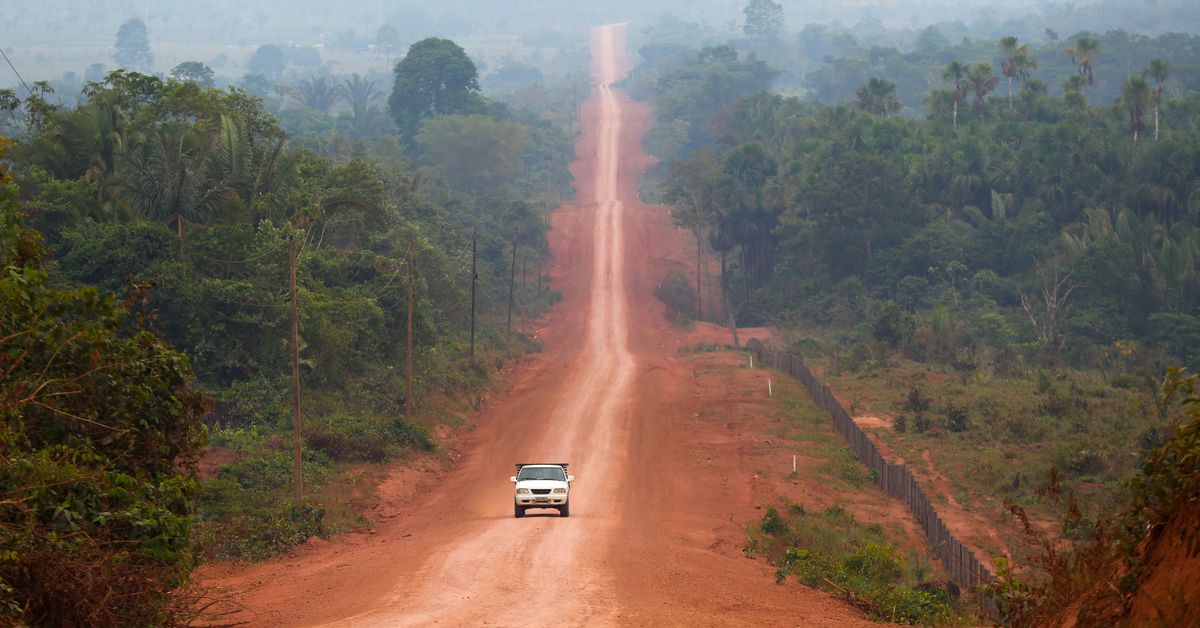 The Amazon rainforest is nearing a crossroads. Down one path, deforestation will likely continue to accelerate, pushing the iconic forest closer to a dangerous, self-destructing tipping point. On the other, Brazil’s government will likely renew its efforts to protect the Amazon, conserving an enormous amount of biodiversity and carbon.

A runoff election later this month will help decide which direction the forest takes. Following the presidential election Sunday, in which no candidate earned a majority of votes, the top two competitors — right-wing President Jair Bolsonaro and former leftist President Luiz Inácio Lula da Silva — will face each other again on October 30. The two politicians are expected to take vastly different approaches to the nation’s most beloved ecosystem should they win.

Under President Bolsonaro, deforestation in the Brazilian Amazon has surged. Meanwhile, Lula, as he’s widely known, has promised to crack down on illegal mining and help bring forest loss under control, as he did a decade ago when he was president. An analysis by the climate website Carbon Brief suggests that if Bolsonaro loses to Lula, annual deforestation in the Brazilian Amazon could be down by nearly 90 percent by the end of the decade.

“Everything that Lula has said, and even his track record, would indicate that he’s going to undo the brutal regressions of the Bolsonaro regime,” Christian Poirier, program director at the nonprofit advocacy group Amazon Watch, told Vox.

Few political issues have higher global stakes than the conservation of the Amazon. Felling the rainforest not only erodes a critical carbon sink, which helps suck planet-warming gases out of the atmosphere, but it also fuels climate change. Ongoing deforestation could also trigger a runaway reaction that may turn regions of the rainforest into a savanna-like ecosystem, stripping the forest of its many ecological benefits and natural wonders.

What Bolsonaro did to the Amazon rainforest, briefly explained

Brazil was once a poster child for conservation. For much of the past two decades, the nation protected Indigenous lands, cracked down on illegal logging, and began monitoring forest loss more carefully, resulting in a precipitous decline of deforestation — that is, less forest loss.

In 2004, the Amazon lost a staggering 28,000 square kilometers (roughly 7 million acres), but by 2012, that figure had fallen to just 4,600 square km (1.1 million acres), according to Brazil’s National Institute for Space Research, known as INPE. The destruction remained relatively low over the next few years (though it crept back up after 2012, partly because Brazil weakened a law that requires private landowners to protect a portion of their land).

Then, in 2019, Jair Bolsonaro came into power. He stripped enforcement measures, cut spending for science and environmental agencies, fired environmental experts, and pushed to weaken Indigenous land rights, among other activities largely in support of the agribusiness industry.

“We’re witnessing a heartbreaking unraveling of that success,” Frances Seymour, a senior fellow at the World Resources Institute, wrote in a blog post last year.

Between August 1, 2019, and July 31, 2021 — a period that largely overlaps with Bolsonaro’s first three years in office — more than 34,000 square km (8.4 million acres) disappeared from the Amazon, not including many losses from natural forest fires. That’s an area larger than the entire nation of Belgium, and a 52 percent increase compared to the previous three years.

Brenda Brito, a researcher at the Brazilian research group Imazon, said that while the ministry’s budget did increase from 2020 to 2021, the government only spent a portion of it. “The amount actually used is the lowest in 20 years,” she said. “If you have funds but are not using them, it is another demonstration of lack of capacity or political will to combat environmental crimes.” International funds to address deforestation were also frozen in 2019 due to rampant forest loss under Bolsonaro’s watch, she added.

Bolsonaro’s office forwarded Vox’s request for comment to the Ministry of Justice and Public Security. The ministry pointed Vox to a government task force, launched last summer, called Guardians of the Biome. It was set up to address illegal deforestation, forest fires, and criminal activity in the Amazon, an agency representative said. The spokesperson also said that deforestation declined between August 2021 and July 2022, compared to the previous 12 months. (INPE has yet to release official deforestation data for that period.)

Regardless of these recent actions, the destruction has been immense and the consequences severe: About 17 percent of the Amazon rainforest is now gone, according to a report from 2021. Scientists estimate that if that number reaches 20 to 25 percent, parts of the tropical ecosystem could dry out, threatening the millions of people and animals that depend on it.

The largest rainforest on Earth, the Amazon is home to a truly remarkable assemblage of species, including 14 percent of the world’s birds and 18 percent of its vascular plants. Many of them are found nowhere else.

Losing organisms to deforestation erodes essential functions including the production of oxygen and storage of carbon, on which we all depend, and undermines scientific discovery. Many medicines are derived from Amazon plants, yet just a fraction of the forest’s species have been studied.

What Lula would mean for the Amazon if he wins

An icon of the left, Lula, who recently served time in jail on controversial corruption charges, has pledged to protect the Amazon. Critically, Marina Silva, a prominent environmental advocate and Lula’s former environmental minister, has endorsed him. That makes Lula the “greenest” candidate in the this year’s race, according to Observatório do Clima, an environmental coalition in Brazil.

“It is a pity that the [current] government has neglected the preservation of the Amazon,” Lula said in a June radio interview. “We have to take care of the forest and the Amazonian people.”

To show that he can succeed, Lula often points to his track record. When he came into power in 2003, deforestation in the Brazilian Amazon was at an eight-year high, at more than 25,000 square km (6.3 million acres). 2004 was even worse. “He inherited an environmental catastrophe,” Poirier said.

Then his administration — largely, at the direction of minister Silva — began implementing existing laws to safeguard the Amazon, including enforcing a law called the Forest Code, and getting various government agencies to work collaboratively to curb forest loss, Brito said.

As the chart above shows, deforestation fell dramatically between 2004 and 2012, and Lula was in power for most of that time. “Let’s go back to doing what we’ve been doing,” Lula said in the radio interview. “We had reduced deforestation in the Amazon by 80 percent.”

Based largely on Lula’s past performance, Brito and other environmental advocates say this election could mark a turning point for the Amazon. However, it’s worth noting that, even under Lula, some amount of deforestation will continue, partly because it will take a while to ramp back up enforcement.

The reality is that the bar is incredibly low — anyone is likely to be better for the environment than President Bolsonaro, according to environmental advocates. While Bolsonaro has pledged to end illegal deforestation within the decade, he can’t be trusted and is likely to continue opening up the forest to agribusiness if he’s reelected, they say.

“What happened in the last few years was really a tragedy,” Brito said. “We need a change. Lula understands the importance of preserving the Amazon — because he did that when he was president.”

Update, October 3, 1:35 pm: This story was originally published on September 29 and has been updated to include results of the Brazilian presidential vote held October 2.