Juno, a startup that provides checking accounts to crypto enthusiasts and allows them to take their paychecks in digital tokens, has raised a new funding round as it expands its offerings to include a tokenized loyalty program.

The one-and-a-half-year old startup has amassed over 75,000 customers in the U.S. who take their salaries (some in entirety, rest in portions) in crypto and invest consistently in digital assets each month.

Customers are able to spend their crypto or cash using the startup’s Mastercard-powered debit card, make bill payments and easily move funds to and from traditional banks if they so desire. Juno also offers direct onramps to customers from a checking account to layer 2 blockchains such as Polygon, Arbitrum, and Optimism for zero fees.

The eponymous platform integrates with all popular payroll platforms in the U.S., making it easier for customers who are long term believers in crypto to keep doubling down on their bets without having to worry about manually moving funds to different exchanges. It also offers customers automated tax reporting through form 1099, freeing them from having to manually sift through their transactions and calculate gains.

On Saturday, Juno announced it has raised $18 million in a Series A financing round. The funding was led by ParaFi Capital’s Growth Fund and saw participation from scores of backers including Greycroft, Antler Global, Hashed, Jump Crypto, Mithril, 6th Man Ventures, Abstract Ventures and Uncorrelated Fund.

“Crypto natives in the US are finding existing banks completely inadequate for everyday use of crypto. We are rebuilding a checking account from the ground up with crypto and web3 at its core. Juno empowers members to earn part of their paycheck in crypto and use crypto for everyday transactions like bill payments or buying coffee,” he said. 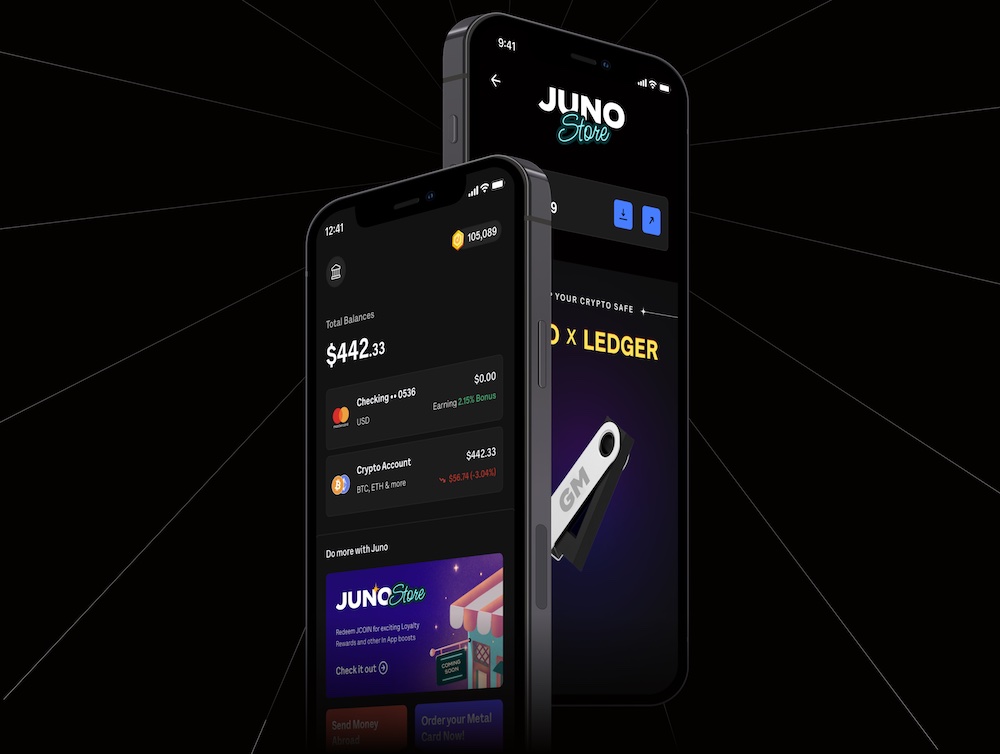 Juno, which raised a $3 million seed funding last year, is now ready for a new offering: an optional loyalty program. The startup is introducing an ERC20 token, called JCOIN, which will be rewarded to customers, if they so choose, based on their usage. Remarkably, Juno co-founders, employees and investors are not taking any allocation in the tokens to avoid conflict of interest in a move that is in contrast with how a significant number of industry players operate.

“The exit path for our company’s success remains developing successful products, and the path for our investors and team remains an IPO,” he said.

Juno took a snapshot of customers’ usage on Friday and has generated 150 million tokens that they are eligible for. Each dollar spent using the platform gives customers access to a token. Overtime, customers will have to spend more to receive the same amount of tokens as rewards, he said.

The startup, based in India, is part of a growing wave of fintech and software firms in the South Asian nation that are increasingly building for the global markets. Prior to starting Juno, Deshpande and other co-founders — Ratnesh Ray and Siddharth Verma — worked on Nuo protocol in 2019. They discontinued the protocol two years later to build something that is compliant with the growing regulatory environment.

Juno has a team that “deeply understand both fintech and crypto. Seamlessly integrating crypto and web3 in a checking account which is a trusted and familiar interface for millions of Americans can help onboard new users to web3,” said Ryan Navi, Principal at ParaFi Capital, in a statement.

“Their empathy towards users new to web3 and passion for creating beautiful crypto-native products with compliance at its core sets them apart. They are creating an entirely new category in neo banking and we are excited to back them.”