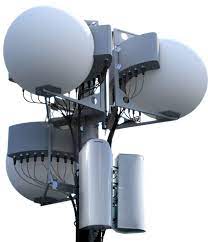 Lens antenna manufacturer MatSing says that a total of 60 of its antennas have been deployed at the Acrisure Stadium, which is the home of the Pittsburgh Steelers and University of Pittsburgh Panthers.

Deployed by Verizon, MatSing’s new antennas will provide connected experience for fans and patrons on Verizon’s 5G network at the stadium.

The company said that the ability to support all bands and frequencies, including C-Band, was a key requirement for the deployment of the 5G network at Acrisure Stadium. The lens antennas are deployed to cover the upper bowl seating areas of the stadium.

“Providing ultra-fast and high-capacity networks for an immersive experience is imperative today, and we are pleased to be a Verizon partner as they continue to densify 5G nationwide,” said MatSing CEO Bo Larsson. “Capable of providing up to 48 high-capacity coverage sectors, the added connectivity will augment the venue experience while enabling the low latency, ultra-fast applications promised by 5G. We are pleased to meet the requirements of the C-Band spectrum and be a part of the network that will elevate the game-day and event experience at the venue for years to come.”

MatSing added that C-Band has been largely deployed outdoors in the U.S. over the past year. However, the firm noted that the carrier focus is now shifting to provisioning C-Band indoors, especially in large venues.

In August 2021, MatSing said it had been selected by the Dallas Cowboys and its network provider AT&T, along with ExteNet Systems, to provide mobile capacity antenna coverage for AT&T Stadium. The project stipulated the installation of 20 MatSing lens antenna by ExteNet covering the Stadium’s entire seating bowl and field with 4G and 5G broadband mobile coverage.

MatSing said its spherical lens antennas enable a single antenna to provide up to 48 high-capacity coverage sectors, replacing up to 48 traditional antennas.

Earlier this year, Verizon Business and Extreme Networks had announced a strategic partnership with the aim of providing connectivity and network solutions for large venues and stadiums across Europe and Asia Pacific.

The partnership was unveiled as part of the launch of Verizon’s International Stadium and Venue Practice. Tailored solutions for stadiums and venues include Verizon private 5G capabilities, security solutions and High-Density Wi-Fi as well as professional consultancy services.

Verizon says that its 5G Ultra Wideband is deployed in more than 75 stadiums and arenas, a dozen airport and more 1,700 cities across the U.S.