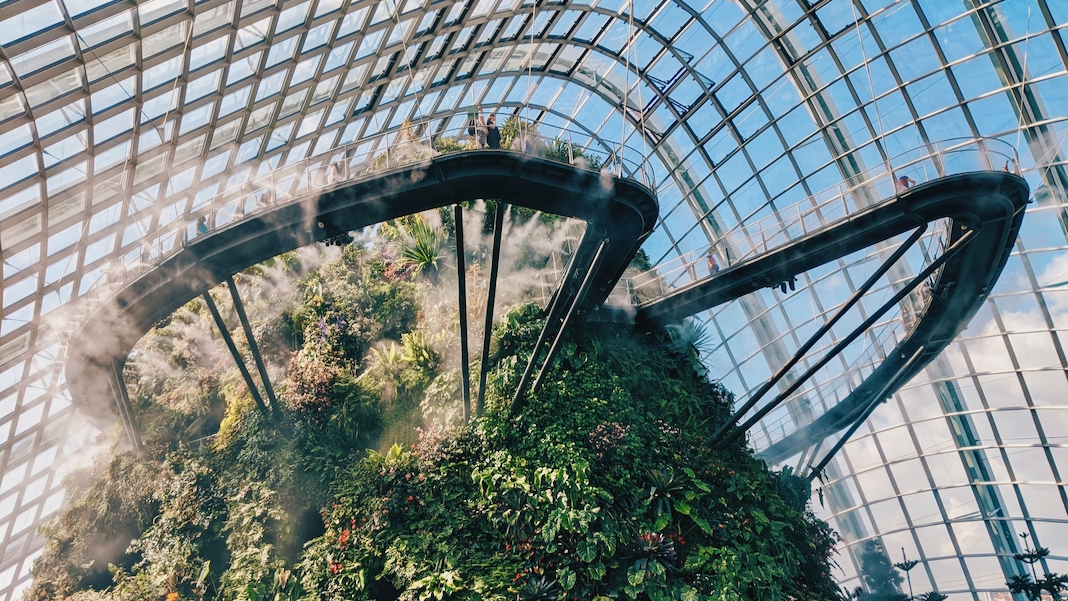 Meta’s New Text-to-Video AI Generator Is Like DALL-E for Video
James Vincent | The Verge
“The videos are clearly artificial, with blurred subjects and distorted animation, but still represent a significant development in the field of AI content generation. …while it’s clear these videos are computer-generated, the output of such AI models will improve rapidly in the near future. As a comparison, in just the space of a few years, AI image generators have gone from creating borderline incomprehensible pictures to photorealistic content.”

The Era of Fast, Cheap Genome Sequencing Is Here
Emily Mullin | Wired
“Illumina just announced a machine that can crack genomes twice as fast as its current version—and drive the cost down to $200 a pop. …Francis deSouza, Illumina’s CEO, says the more powerful model will be able to sequence 20,000 genomes per year; its current machines can do about 7,500. Illumina will start selling the new machines today and ship them next year.“

Bipedal Cassie Sets Guinness World Record for Robotic 100-Meter Sprint
New Atlas | Nick Lavars
“If the thought of a two-legged robot chasing you down in the streets keeps you up at night, then you can sleep easy … for now. A droid named Cassie has set a Guinness World Record for the 100-meter dash by a bipedal robot, and while it’s far from the blistering pace of the world’s best athletes, it is an impressive demonstration of robotics and engineering.”

We’re Witnessing the Birth of a New Artistic Medium
Stephen Marche | The Atlantic
“Artificial intelligence isn’t going to replace creativity. It’s simply going to reconfigure the nature of creativity, as machines have been doing since the advent of modernity. So let’s turn away from ludicrous fear toward the wonderful newness. Creative AI is the art of big data, perhaps the most direct form of artistic reproduction. What could be more suitable to our moment?”

The Long Road to Driverless Trucks
Cade Metz | The New York Times
“Self-driving eighteen-wheelers are now on highways in states like California and Texas. But there are still human ‘safety drivers’ behind the wheel. What will it take to get them out? …’There are so many issues that in reality are far more complex than they might seem on paper,’ said Steve Viscelli, an economic and political sociologist at the University of Pennsylvania who specializes in trucking. …’Just when you think this technology is almost here,’ said Tom Schmitt, the chief executive of Forward Air, a trucking company that just started a test with Kodiak’s self-driving trucks, ‘it is still five years away.’i”

Cryptocurrency Emissions: Bitcoin Has Emitted 200 Million Tons of CO2 Since Its Launch
Matthew Sparkes | New Scientist
“Bitcoin miners have emitted almost 200 million tons of carbon dioxide in the cryptocurrency’s short history, researchers at the University of Cambridge have calculated. Their estimate for the 13 years since bitcoin launched exceeds the emissions of the whole country of Colombia during 2018.”

Fingerprint of the Universe’s First Stars May Lie Near a Black Hole
Monisha Ravisetti | CNET
“Experts believe these stellar ancestors were so utterly colossal that if they were still around, they’d make the sun look like a weak yellow pom-pom. (And, I mean, our host star is a plasma ocean large enough to fit 1.3 million Earths inside.) Moreover, when these extreme bodies died, their supernovas would have been to standard star detonations what nuclear bombs are to backyard fireworks. Menacing. All consuming.”

How Big Is Infinity?
Patrick Honner | Quanta
“You might know that some sets of numbers are infinitely large, but did you know that some infinities are bigger than others? And that we’re not sure if there are other infinities sandwiched between the two we know best? Mathematicians have been pondering this second question for at least a century, and some recent work has changed the way people think about the issue.”