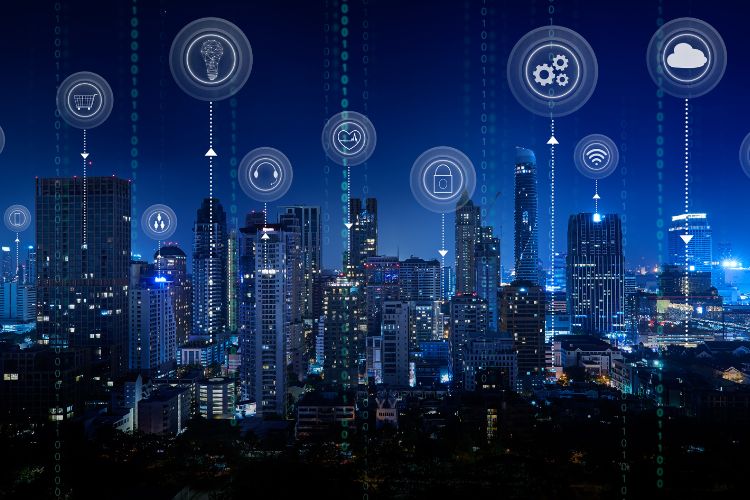 Silicon Labs recently held its annual Works With Developer Conference. This a company that provides wireless technology, offering an integrated hardware and software platform, development tools, and more. At its event, Silicon Labs announced new products that boost its portfolio for Matter, Amazon Sidewalk, and Wi-Fi 6, ultimately helping to shape the IoT (Internet of Things) space in the industrial sector and beyond.

Silicon Labs CEO Matt Johnson said industrial is currently more than 55% of the company’s revenue, and he suggests the company has been in the space long enough to see tremendous change. As to the current adoption environment, Johnson tells Connected World that industrial has reached a sort of watershed moment for the IoT. “We’ve definitely, definitely seen an inflection in these applications where the ROI (return on investment) is working, and it’s remarkably short in some cases.”

As an example of how various trends and forces have converged to create this moment in time, Johnson points to the growing adoption of ESL (electronic shelf labels). “One move talked about a lot recently is ESL,” he says. “It’s a perfect example of during the supply-chain crisis and the pandemic there was a lot of value in using ESL, and the world was using very few of them, but (a) combination of things (…) came together: One, the technology was ready, the hardware was there, the performance is there, the battery life, and they saw a great ROI. So that has created this perfect storm.”

Johnson says as a result, Silicon Labs is leaning into the space and putting a lot of R&D (research and development) dollars there, because, as he puts it: “We’re in it for the long term.” The four new products announced at the Works With Developer Conference reinforce Johnson’s message. First, the company announced Complete Matter development solutions that provide support for Matter over Wi-Fi, Matter over Thread, Bluetooth LE (Low Energy) commissioning, and Matter bridges to Zigbee and Z-Wave. Silicon Labs says these development solutions will help device makers prepare for the Matter 1.0 release later this year.

Next, the company announced The Silicon Labs Pro Kit for Amazon Sidewalk, an end-to-end development platform with complete connectivity support for Amazon Sidewalk. Amazon Sidewalk is a shared network that helps connected devices like security cams, outdoor lights, motion sensors, and more to unlock additional value for individuals and communities by working together. The Silicon Labs Pro Kit offers differentiated security, software, and tools for Sidewalk device makers, designers, and developers, which Silicon Labs says will help get devices get to market faster.

At the event, Silicon Labs unveiled a new flagship SoC, the FG25 SoC, and a power amplifier for Wi-SUN, the EFF01 FEM (front end module). Combined, the products offer a secure, long-range smart-city solution. Silicon Labs says when used together, the products provide a sub-gigahertz transmission range of up to 3 kilometers in dense urban environments with no data loss. Silicon Labs also announced its first Wi-Fi 6 solution, the SiWx917. The solution is designed to be the lowest power, longest battery life Wi-Fi 6 and Bluetooth LE combination SoC in the industry. Besides being very energy efficient, it’s Matter-ready and includes an integrated applications processor. Silicon Lab’s goal is for the solution to help users reduce development costs and device footprint, futureproof their applications, and accelerate time to market.