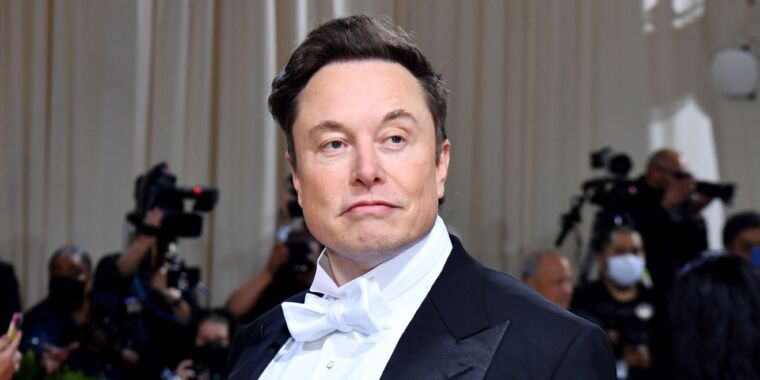 Elon Musk has told Twitter he is once again willing to buy the company at the originally agreed-upon price, according to a Bloomberg News report.

“Elon Musk is proposing to buy Twitter Inc. for the original offer price of $54.20 a share… Musk made the proposal in a letter to Twitter, according to people familiar with the matter, who asked not to be identified discussing confidential information,” Bloomberg wrote.

The Wall Street Journal subsequently reported that Musk’s “lawyers communicated the proposal to Twitter’s lawyers overnight Monday and filed a letter confidentially with the Delaware Chancery Court ahead of an emergency hearing on the matter scheduled for Tuesday.”

The reports come less than two weeks before a trial is scheduled to determine whether Musk would be forced to go through with the deal. Musk agreed to buy Twitter on April 25, then tried to back out of the deal on July 8. Twitter sued Musk in Delaware Court of Chancery to force him to complete the $44 billion purchase, and a five-day trial is scheduled to begin on October 17. Musk was also scheduled to answer questions in a deposition later this week.

“If Twitter accepts the proposal, the two sides wouldn’t have to follow through on a five-day nonjury trial set to begin October 17. There are no guarantees they will reach a deal and the trial could still go forward as planned,” the WSJ wrote.

Musk tried to exit merger based on spam claims

Musk lost a few key rulings in the Delaware court. For example, Judge Kathaleen McCormick denied his request to delay the trial until at least February 2023. “The reality is delay threatens irreparable harm to the sellers,” she said.

Musk’s attempt to exit the merger centers on his unproven claim that Twitter’s spam estimates are wrong. Twitter says that fewer than 5 percent of its monetizable daily active users (mDAU) are spam or fake, and pointed out that Musk’s attempt to prove the estimate wrong relied on a tool that labeled his own account a likely bot. Twitter also argues that Musk has no right to exit the deal based on spam data, saying he “forwent all due diligence” when giving Twitter a take-it-or-leave-it offer.

This is a developing story and will be updated.