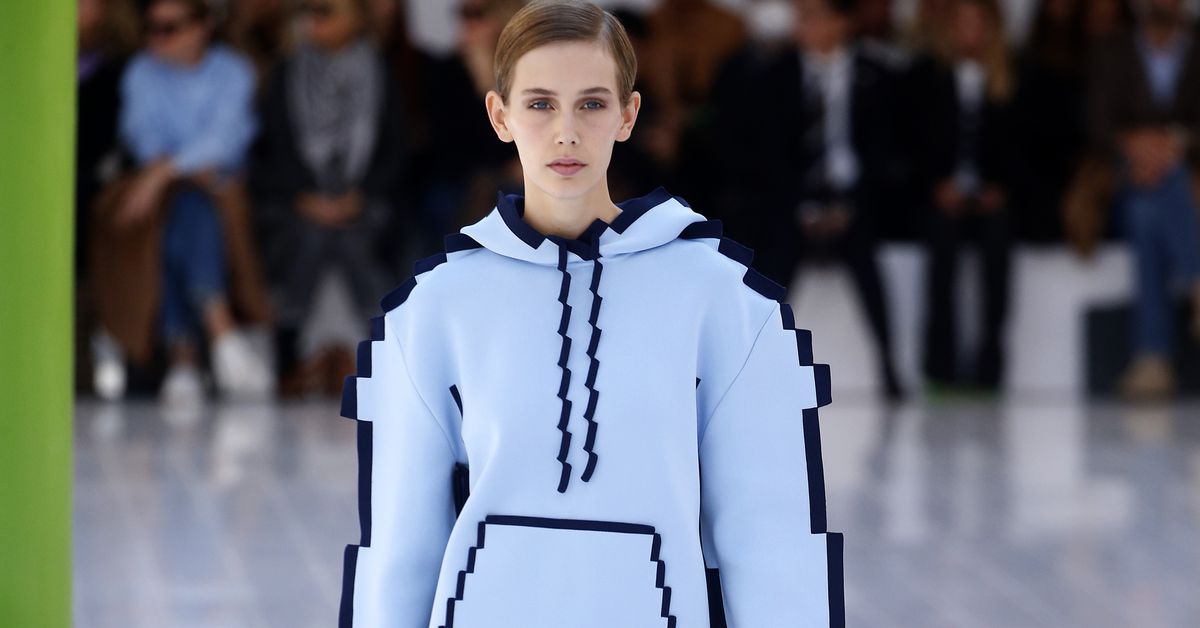 At the Loewe fashion show at Paris Fashion Week this weekend, models stalked around an enormous model of an anthurium plant emerging from beneath bleach-white floors. As a whole, the show was largely what one would expect at one of fashion’s most high-profile events attended by industry people, celebrities, and influencers. But tucked between the diaphanous blouses and textured shoes were a few looks that made viewers do a double take: hoodies, T-shirts, and pants with jagged edges and smudgy shadows, like the clothes had just glitched mid-walk.

The pieces look so straight out of Minecraft that it takes a second for your brain to adjust to what you’re seeing, especially next to dozens of ensembles that are normal-ish (other garments also take on interesting shapes and textures, playing with fabrication and silhouettes). The trompe l’oeil effect — which translates to “trick of the eye” — is nothing new in fashion, and designers have been playing with optical illusions on garments for a long time. But this spillover of physical representations of digital garments is happening as fashion houses increasingly look to expand their place in the metaverse and market new, intangible products to consumers.

Fashion brands like Gucci, Balenciaga, Prada, and many others have crept into the metaverse by partnering with tech companies betting big on Web3. In Roblox, players can visit a virtual site called Gucci Town and purchase Gucci clothing for their avatars. Fortnite has collaborated with brands like Balenciaga on limited edition in-game skins and followed it up by selling physical Fortnite shirts and baseball caps.

Loewe’s new collection plays with the lines between real and fake, actual and imagined, literal and representative. Even the anthuriums reappearing on women’s blouses and tops look unreal — like someone Photoshopped them on before uploading them to Vogue; they challenge you to consider what clothing looks like and what purpose it serves. But as the Loewe show attempts to crack open these questions by carefully placing glitches, it’s the physical representation that feels most striking and challenging. Nobody’s asking what the Minecraft-esque hoodie will look like in the metaverse. Instead, we want to understand the technique involved in bringing it to life, allowing it to hang on the model — as real as anything else.