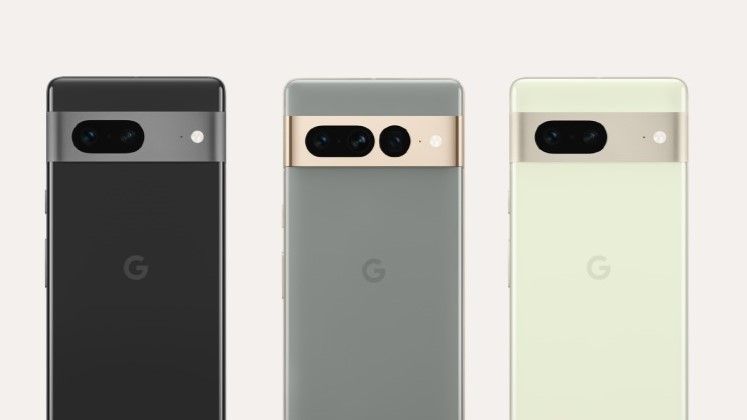 It’s not a major tech launch if a ton of details about a device don’t get revealed just ahead of the actual launch date. This time, the Pixel 7 series is the victim, as leaks start pouring in just days before Google is set to fully unveil the new devices.

The Google News group on Telegram revealed screenshots of the Pixel 7 spec sheet that was allegedly posted on a Taiwanese carrier, telling us just about all we need to know about Google’s upcoming flagship hardware. Per the spec sheet, we can see that the Pixel 7 will sport a 6.3-inch display — down from 6.4-inches on the Pixel 6 — while the 7 Pro will have the same 6.7-inch size.

The camera situation is roughly the same as before, with a 50MP primary sensor, 12MP ultrawide, and an additional 48MP telephoto for the Pixel 7 Pro. However, there are some differences, such as the 5x optical zoom (and 30x digital) on the telephoto lens, an improvement from the 4x/20x optical/digital zoom on the Pixel 6 Pro. The sheet also highlights features like Macro Focus, Movie Motion Blur, and more. The standard Pixel 7 also appears to have an upgraded selfie camera with a nearly 11MP sensor, up from its predecessor’s 8MP.

Those selfie cameras will apparently come in handy with the Pixel 7 series, as the leak indicates that they will both feature face unlock capabilities, something that has been notably absent from the Pixel 6 series.

As expected, the new phones are powered by the upcoming Tensor G2 chipset. We also see the same 8GB and 12GB RAM options for the Pixel 7 and 7 Pro, respectively, alongside 128/256GB storage sizes.

However, that’s not all. A post from leaker SnoopyTech shows what appears to be an ad for the Pixel 7 that highlights some of the camera features for the device. From here, we can see how Movie Motion Blur provides a cinematic video effect that highlights the subject while the background is naturally blurred out. We also get a look at the Macro Focus, Live Translate, and more.

And last, but definitely not least, the normal Pixel 7: That’s it pic.twitter.com/QofDfp7lfwOctober 2, 2022

With Google’s launch event just days away, it seems there’s very little for us to learn about these new phones. Previously leaks have indicated that pricing will likely remain in line with how the company priced the Pixel 6 series last year, which is a good sign as it looks like we’re in for some nice upgrades.

With the Pixel 7 on its way, the Pixel 6 is cheaper than ever at many retailers, making it a great buy for anyone looking for fantastic camera performance and a smooth Android experience.