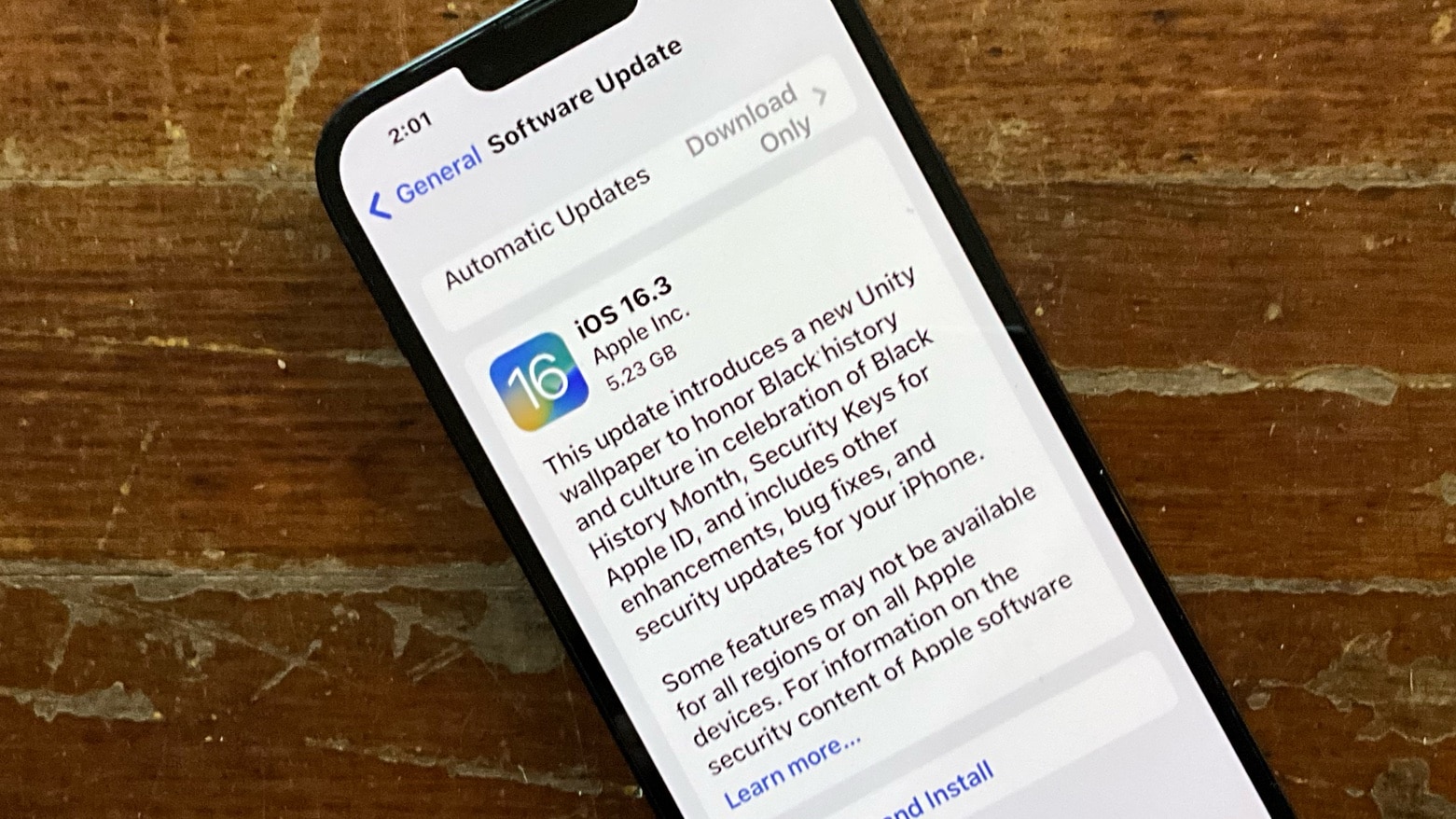 The next iPhone software update is closer than anyone might have realized. Apple seeded the release candidate for iOS 16.3 to developers on Wednesday.

Release candidates are what Apple used to call golden masters, and give beta testers an opportunity to test the final version of operating systems before they’re introduced to average users.

An advantage of RCs is they give the world an early glimpse at the official release notes, revealing the most important features of upcoming operating system updates.

Apple says of iOS 16.3, “This update introduces a new Unity wallpaper to honor Black history and culture in celebration of Black History Month, Security Keys for Apple ID, and includes other enhancements, bug fixes, and security updates for your iPhone.”

The iPadOS 16.3 release notes say, “This update introduces Security Keys for Apple ID, and includes other enhancements, bug fixes, and security updates for your iPad.”

macOS 13.2 will also include support for Security Keys for Apple ID as well as other tweaks.

The latest versions out for Apple computers are iOS 16.2, iOS 16.2, macOS 16.1 and watchOS 9.2, all of which debuted on December 13. The betas have been in beta testing since Dec. 14, making this a fairly quick turnaround.

At the time of this writing, iOS 16.3 RC, macOS 13.2 RC, iPadOS 16.3 RC, watchOS 9.3 RC and tvOS 16.3 RC are available only for devs who pay to be in Apple’s developer program. That said, those in Apple’s free public beta program should get access soon.

And those who don’t want to test pre-release versions apparently won’t have to wait long. Buried in a footnote for an unrelated Apple announcement is the promise that two of these are only days away.

On Wednesday, Apple unveiled the aforementioned Unity wallpaper and a watch face in celebration of Black History Month. The press release notes, “The Unity 2023 watch face will be available next week, and requires Apple Watch Series 4 or later running watchOS 9.3, and iPhone 8 or later and iPhone SE (2nd generation) or later running iOS 16.3.”

Apple typically introduces updates for all its operating systems simultaneously. So it’s likely all five of the latest versions will also launch on the same day next week, at the same time.