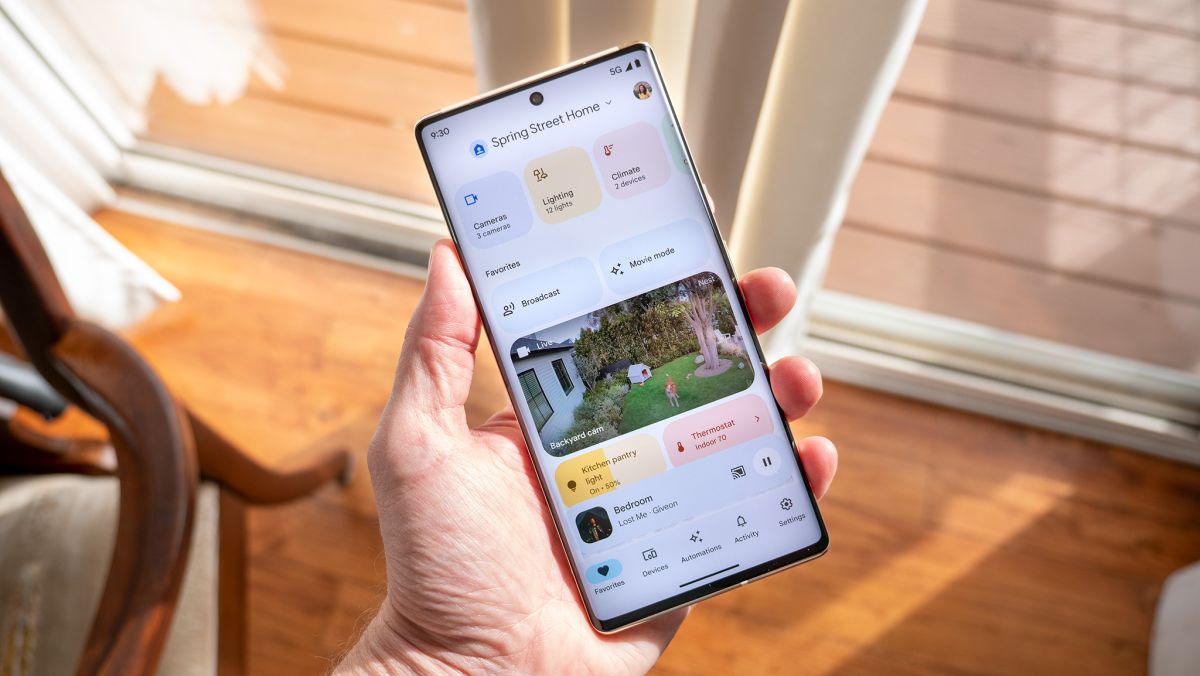 Update 10-4 10:20AM: The public preview doesn’t actually launch today. We reworked the language in the article to reflect that. Sorry about the confusion.

Update 10-5 8:50AM: Added information on how to register for the Public Preview program for Android devices.

The last time Google launched a complete redesign to its smart home-centric Google Home app, it was met with a mixed reception. While some users enjoyed the simplicity and clarity of the UI elements, others were irritated with the way it organized information and oversimplified many tasks.

Regardless of which camp you were in, the new Google Home app redesign for Fall 2022 should check most (if not all) of the right boxes this time around. If you’ve got an Android phone with the Google Home app installed, click this link (opens in new tab) from your phone and you should be taken to a signup page to be notified when the preview is available. Some iOS users who were previously enrolled in Google Home app beta programs have already received the new preview program UI.

If you’re really feeling experimental, APK Mirror (opens in new tab) has an early “dogfooding” build of the new app that can be downloaded and installed, but be warned. This was an early version that was accidentally pushed out to a larger testing group and contains a number of bugs and performance issues.

First and foremost is the new UI, which takes some design cues from the previous rebuild and finally gets rid of all the extra white space. In its place is a customizable grid of controls that can be rearranged and regrouped depending on what’s most important to you. Google calls these groups Spaces, and they can be used to group the best smart home devices (opens in new tab) by room, by category, or by something more arbitrary like “cat,” which Google says could contain your pet cams, cat feeder, vacuum, and air purifier.

Live camera streams and lightbulb controls can all reside on the main page now, giving you an instant look at the most important parts of your smart home the second you open the app. Google also says it’s finally bringing the most requested Nest Cam features from the old dedicated Nest app over to Google Home, as well, including a brand new camera UI that features better timeline scrubbing, event management, and more.

Second to that is the new navigation bar across the bottom, putting important sections front and center. No more hunting through rows of icons to figure out where routines and the like have moved to, everything will finally be organized into neat, logical sections that are one tap (and no scrolling) away.

Automation is also getting a huge upgrade this time around, including support for more devices than ever before. Google says it’s also working on launching advanced automation features in the near future, including a new script editor that adds more than 100 new features and capabilities to Google’s already powerful automation routines. The aim here is to eliminate the need for as many third-party apps as possible, bringing everything under one roof once and for all.

New devices that are brought into your home, especially ones that support the Matter (opens in new tab) protocol, will be able to fast pair with the new Google Home app with a single click. That means no more downloading every single manufacturer’s app, setting up an account, linking it with that app, then trying to also link it with Google Home. Just one tap from Google Home and you’re done. And since this is happening all through the Google Home app instead of at the OS level, Google says billions of Android devices are instantly able to fast pair with Matter devices as of this latest update.

Lastly, Google Home will finally be accessible on more screens than just your smartphone or your Google Nest smart display. As of this update, a new Wear OS Google Home app is finally becoming available (although limited to Wear OS 3), and Google Home can also be accessed online from any device via the Google Home website (opens in new tab).

Google’s battery-powered Nest Cam is finally worth its weight in gold thanks to more than a year of quality updates and Google Home software that no longer sucks. Get 3-hour video storage, advanced AI detection, and brilliant hardware design with no subscription, or opt for a low monthly cost to unlock even more features.