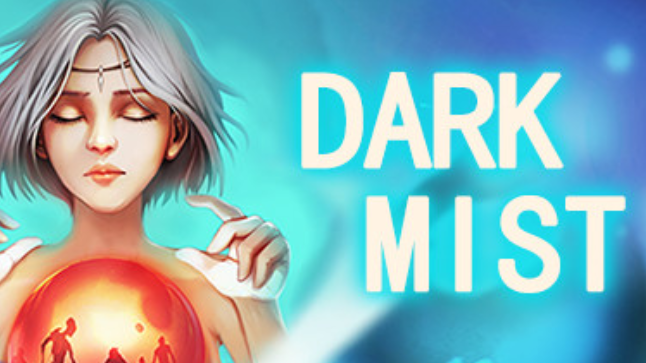 Card games can be really hit or miss on mobile. Some of them are excellent, others are nothing more than cheap cash grabs loaded down with in-app purchases and ads. There are, however, some true gems out there, and we can safely add Dark Mist to that list.

Dark Mist for Android is a roguelike deck builder that takes queues from the other titans of its genre while also adding in unique elements to keep the format from becoming stale. Rather than face off against one or two enemies at a time, you instead square up against entire ranks and fend them off in waves until you eventually take out their leader.

It’s kind of like if you mixed Slay the Spire with Space Invaders and the final product is a ton of fun. Don’t be surprised if you see Dark Mist sneak its way onto our collection of best card games for Android.

Dark Mist starts you off with just one playable class (Berserker) and allows you to unlock seven more by completing runs with each new class you obtain. The classes each have their own unique approach to their win conditions, similar to how different commanders work in Magic the Gathering.

For example, the Berserker is all about big, meaty attacks and brute forcing his way to victory. At the same time, the Bugmaster wants to work parasitic effects into the enemy lines to give herself the advantage.

Additionally, you have to factor in the flow of enemies. You’re facing down a whole army of foes here, with the front line of three to four enemy cards being the only ones within range for you to attack (unless you’ve managed to collect cards that give you greater range).

As you kill off these frontliners, they’ll be replaced by whoever was backing them up until you hack and slash your way through all the way to the boss. Beat the boss, and you win that run. Die before that, and you can restart, building out your deck, collecting buffs, and trying out new strategies to avoid another failure.

Where things get extra tricky is how your health works. In Dark Mist, your decks act as your health. You start off with your life deck, which you draw your cards from and build up a block deck as you use and discard them. When enemies attack you, they’ll take cards out of your block deck and keep them until they die, after which those cards go back into your life deck.

The strategy then comes from balancing your attacks and making sure you’re reclaiming your cards as you slowly lose them throughout each wave of combat. Once you’re out of cards in your life deck, your block deck gets shuffled back in to rebuild it. But if you run out of cards in your life deck and you don’t have anything in your block deck to remake it? You’re dead!

Dark Mist is a mobile adaption of a PC game, but the port has been done quite well. The portrait mode orientation works well for the game’s UI, and card descriptions and event text are generally uncramped and easy to read. These may seem like low-bar measures of what makes a good mobile port, but I’ve seen more than enough bad ones in our time to know that this isn’t always a given.

My only complaint with the UI is that the text boxes specifically over enemy cards don’t always pop out properly, so you have to awkwardly slide your finger around in such a way that you can still press and hold the card while also viewing the text.

I would even say that Dark Mist is a better deal on mobile because this premium title will only set you back five bucks rather than the fifteen it’ll cost you on Steam. That’s a pretty great value for a pretty great mobile card game. It also occasionally goes on sale; I myself managed to snag it for only a dollar a little while ago.

Dark Mist isn’t flashy, but it clearly knows its core audience and how to deliver an experience that will keep fans of roguelike deck builders happy. If this title manages to find its way into your gaming library, I have no doubt that you’ll wind up loving it.