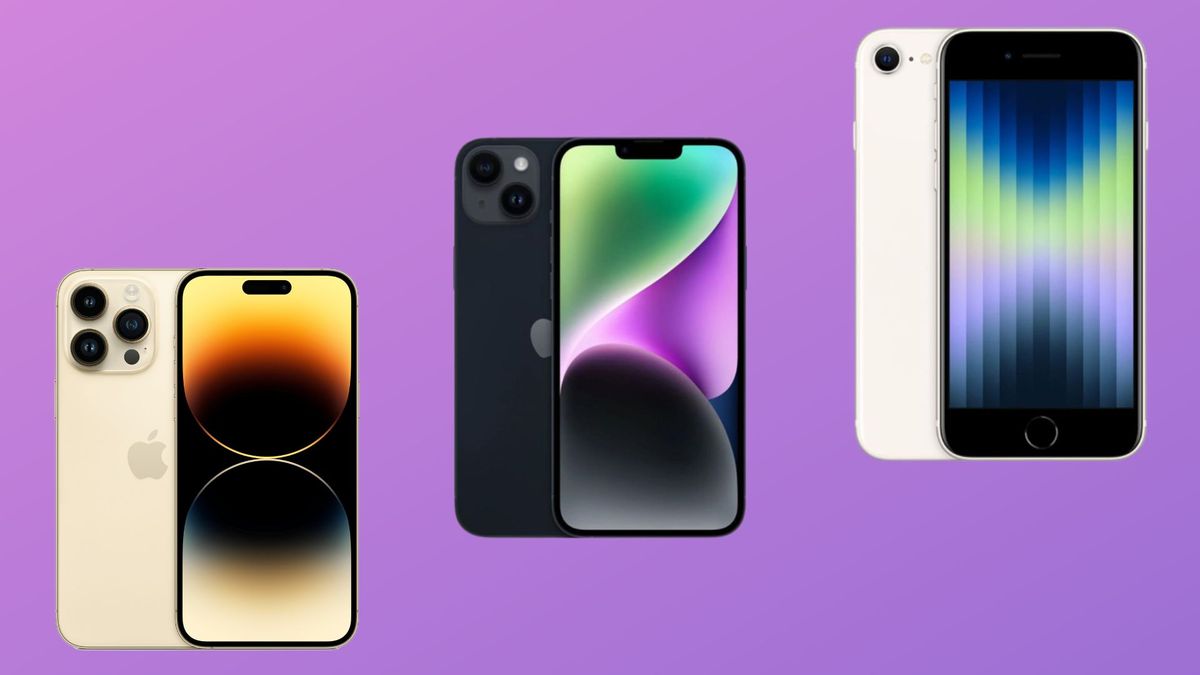 Don’t be fooled by the name, Black Friday isn’t a single-day event, or even a weekend. These days, there are immense deals to be had on all of Apple’s best iPhones right through the month of November, which is why right now you can pick up some impressive deals on the iPhone even though the “main event” is still days away.

We’ve compiled all of the best iPhone deals that we’ve seen so far, and there’s something for everyone. Whether you want to fork out upfront for a phone and get a cheap SIM-only deal, or whether you want an all-in-one package from a carrier, this is the place to find it.

So whether you’re looking for the iPhone 14 deal of the year, a decent contract on a new iPhone 14 Pro Max, or just to save as much money as possible on an iPhone, you’re in the right place. We look at iPhone prices all year to make sure you’re getting the best price possible – and make sure you don’t pay more than you have to. Whatever happens this November, we’re going to find you the best Black Friday iPhone deals.

If you’re looking more specifically for the best Verizon Black Friday iPhone deals, then we’ve got you covered there too.

The iPhone 14 is the latest in the standard iPhone line-up. Available in both standard and larger Plus flavors, there are several updates to the iPhone 14 worth caring about. The notch remains, still housing the FaceID camera and other assorted sensors. The camera on the back has seen a bump, and the Mini has been replaced by the enormous iPhone 14 Plus.

The iPhone 14 Pro and iPhone 14 Pro Max are the most powerful iPhones in the family. They’ve lost the notch at the top of the screen, replaced with the dynamic island that hides the hole-punch camera with a clever floating notifications tray. The screens are bigger, backlight brighter, and the battery has been improved too. You will pay for all this extra phone, but that doesn’t mean you have to pay full price.

In 2021, Apple unveiled its iPhone 13 lineup. The regular iPhone 13 and iPhone 13 mini feature excellent cameras, improvements to battery life, and a nice selection of colors making them the on of the best iPhones for most people. With the below deals, you can score Apple’s latest model for less.

When they where released last year, the iPhone 13 Pro and iPhone 13 Pro Max really upped the ante when it came to flagship phones. There’s a 120Hz Super Retina XDS display, a Telephoto camera and up to 1TB of Storage. Now that it’s been replaced by the iPhone 14 Pro and Pro Max, you could see some epic deals on last years most powerful iPhone.

Though it’s no longer the latest model, Apple has kept the iPhone 12 around and reduced its price making it an attractive option for those that don’t need the top-of-the-line features and would prefer instead to save a few bucks. Retailers and carriers are particularly interested in moving iPhone 12 units so you might be able to score some big savings here.

iPhone SE continues to keep its place in Apple’s iPhone line-up as the device for those that want a physical Home button with Touch ID instead of Face ID. Updated in March 2022, It’s packing an A15 Bionic, a 12MP camera and TouchID. It’s also the only small form factor iPhone available now, so that may sway you over as well. It is frequently available for free from some carriers, so Black Friday could bring some excellent savings.

Where can I find the best Black Friday iPhone deals?

With the holiday shopping season upon us, you have plenty of choice when it comes to where to buy an iPhone. You’ll probably first want to figure out how you want to buy it first, though. Do you want to buy it outright or on Apple’s Upgrade Program? Would a carrier deal including service make more sense for you and your family’s needs? Answering these questions will make it easier to narrow down where to look for iPhone deals, though the below links are a good place to start.

When do the Black Friday iPhone deals begin?

Black Friday this year is on November 25, exactly a month before Christmas. You’ll find that some retailers will start the deals slightly earlier. Thankfully, we aren’t seeing the same shipping and production issues as last year, but you should still be wary of stock running out.

What is the difference between a contract and SIM free iPhone?