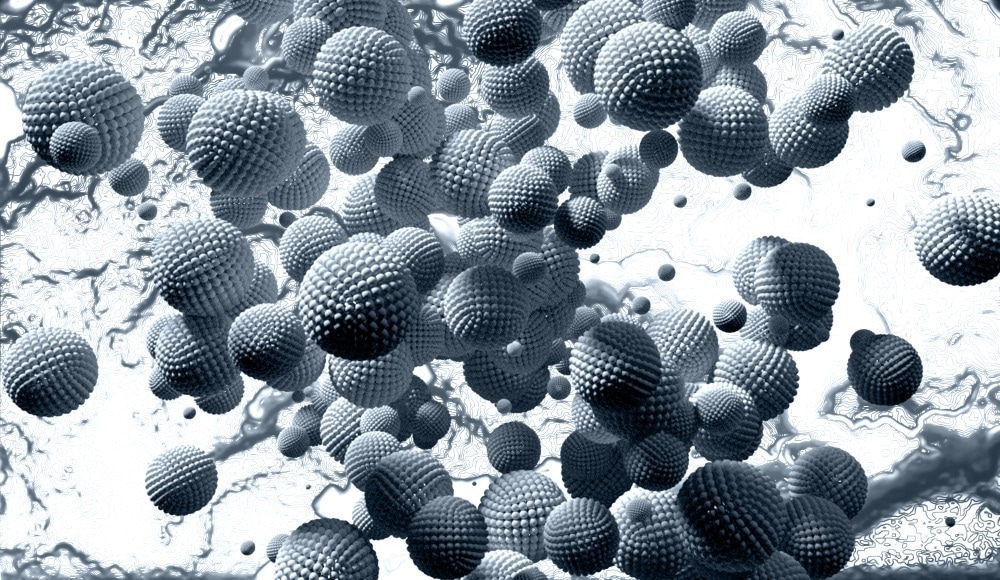 In an article published in the Chemistry of Materials, researchers proposed a novel technique for expanding the application of the ion beam approaches for fabricating and processing nanostructures and functional materials.

The present study’s authors employed hydrogen gas to maintain surface mass flow and inhibit roughening while ion bombarding the compound and elemental nanostructures to tackle the problem. They further demonstrated that the proposed approach could be improved by radicalizing H2 gas and applying a distant plasma source that attained smooth surfaces during the ion beam processing.

Notably, “dynamic annealing” results from heating nanostructures above their recrystallization temperature. This process can shield nanostructures against ion-induced damage and amorphization by real-time repair of crystal damage.

Therefore, dynamic annealing is an attractive process to treat nanostructures with an ion beam without causing damage. Although convincing, it is rarely employed because heat increases adatoms’ surface vacancies and diffusivity, causing surface mass flow and surface roughening.

In this paper, the authors addressed the issue using an ion beam processing method with hydrogen acting as a chemical precursor gas that limited surface mass flow and reduced surface roughening. Hydrogen was chosen because it could immobilize surface species like adatoms and vacancies and inhibit the production of oxides. Hence, the effect of hydrogen as a chemical technique was applied to control surface mass flow while being exposed to ions.

By combining sample heating with hydrogen, smooth surfaces were achieved during the ion beam fabrication of compound and crystalline elemental nanostructures. Crystal damage was seen in the absence of heating, and surface roughening was observed in the absence of hydrogen.

Additionally, the findings demonstrated how hydrogen radicalization by a distant plasma source could improve the rate-limited chemical process that drove the mass flow stabilization method. The observations extended the usefulness and usability of ion beam techniques for the processing and manufacturing nanostructures, as well as the understanding of mass flow dynamics during ion irradiation.

A 001-oriented germanium (Ge) wafer was used to produce a 10 millimeter ´ 10-millimeter substrate. Subsequently, it was sonicated in isopropanol and acetone for 15 minutes each before being purged with N2. Finally, it was put onto a specially made boron nitride restive heating stage inside a HELIOS G4 dual beam microscope and pumped to a high vacuum.

A focused ion beam (FIB) microscope with a heating stage, scanning electron microscope, and a specially designed gas injection system was employed for the ion irradiation. In the current study, surface vacancies and adatoms were immobilized using H2 gas to stabilize mass flow and reduce surface roughening during ion beam operations. The 2D root-mean-square of the surface roughness (Sq) was calculated.

The findings revealed that the Sq value of Ge reduced from more than one nanometer in vacuum to less than two Angstrom with H2 gas. Gallium arsenide (GaAs) and gallium phosphide (GaP) also showed that hydrogen inhibited surface roughening, with Sq decreasing from five and two nanometers in vacuum to two and seven Angstrom, respectively.

The plasma results of the study highlighted that the surface roughness seen in vacuum resulted from highly symmetric nanostructures. Also, the patterns appeared spontaneously and were investigated in various semiconductors like Ge and GaAs. They occurred due to diffusion of adatoms and surface vacancies on crystalline nanostructures. These patterns were controlled by energy limitations related to topological surface properties and the underlying crystal nanostructures. Finally, the finding revealed that the patterns provided proof of crystallinity.

Surface roughness (Sq) was lowered by adding H2 gas from 6.6 to 4.6 nanometers, and by radicalizing the gas with plasma, it was further decreased to three nanometers. The 1D line profiles demonstrated the drastic nature of the plasma-induced decrease. The reduction was also ascribed to the plasma’s high chemical reactivity, which inhibited surface roughening by effectively anchoring adatoms and surface vacancies.

The data suggested that the surface atoms’ binding energies were increased. Since the ion beam sputter rate scaled inversely with binding energy, it implied a significant decrease. Therefore, the authors measured the shift in sputter rate caused by the gas and the plasma to verify that hydrogen did stabilize the surface.

Significance of the Study

Due to the hydrogenation-induced increase in the binding energy of mobile surface atoms, the overall result might be a positive suppression of preferred sputtering. However, verifying such consequences was outside the purview of the current effort. It necessitated a thorough examination of surface stoichiometry as a function of variables like ion mass and energy concerning target atoms in a compound semiconductor.

Finally, the current findings revealed that with the proposed method, some hydrogen was anticipated to linger at the sample surface and influence its makeup. The regular hydrogen processing of semiconductors included the passivation of optically and electrically active faults, surface oxidation protection, and growth stabilization.