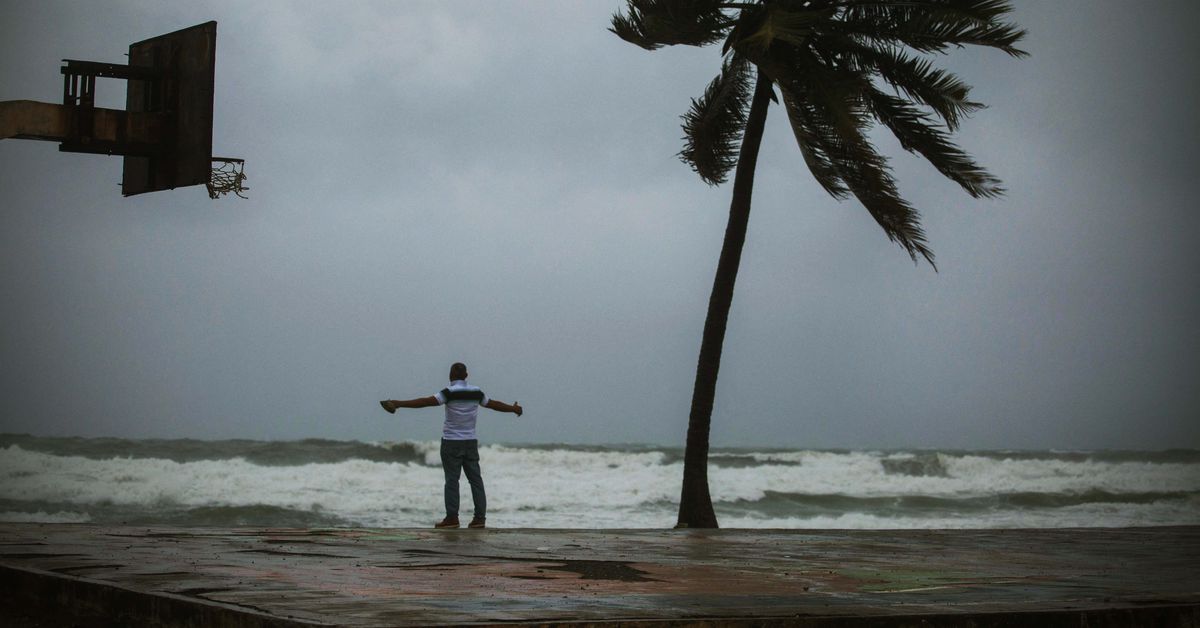 Puerto Rico is currently experiencing “life-threatening and catastrophic flooding” after Hurricane Fiona made landfall on the island this weekend as a Category 1 storm. It’s a dangerous situation for a territory that’s still recovering from Hurricane Maria, which tore through the island in 2017.

No one on the island had electricity Sunday night. And the storm — now barreling past the Dominican Republic — has dumped more than two feet of rain in some regions, where swollen rivers have wiped out at least one bridge. One death has been reported and emergency crews have rescued roughly 1,000 people.

All of this from a storm rated only a Category 1.

It’s easy to assume that what makes a hurricane dangerous is the strength of its winds, which determines the category of severity it falls into (a Category 1 storm has maximum sustained winds of between 74 and 95 miles per hour, the lowest of any hurricane). But wind speed doesn’t tell the full story, and Hurricane Fiona demonstrates how this category system can fail.

There are some meteorological reasons why this storm dumped so much rain on the island. A much bigger culprit, however, is the territory’s damaged infrastructure, which was failing well before Fiona hit.

“The magnitude of the disaster is not a function of the magnitude of the event but of the vulnerability of the community,” said Marla Pérez-Lugo, a professor of sociology and disaster studies at the University of Texas Rio Grande Valley. “In Puerto Rico, everything was on its knees.”

Hurricane Fiona made landfall in Puerto Rico on Sunday, with sustained winds reaching 90 miles per hour. While gusts at those speeds can deal serious damage, it’s the storm’s rainfall that was — and continues to be — particularly extreme.

The most intense region of rainfall was in the eastern part of the storm, which is the exact part that passed over the island, said Paul Miller, an assistant professor of oceanography and coastal sciences at Louisiana State University. “Most of the island,” he said, was underneath “the most intense rain area of Fiona.”

Plus, Fiona’s wind patterns brought torrential downpours to the southern part of the territory, he said. Rivers there tend to be narrower and there’s less vegetation to absorb all that water, so floods can more easily form, Miller said.

“One of the reasons you’re seeing some more impacts out of a Category 1 storm is because the dry side of the island is now, all of a sudden, getting saturated with all this rain,” Miller said. “This is a good example of how you don’t always need a Hurricane Maria in order to cause major impacts.”

One particularly alarming video shows floods washing out a bridge in Utuado, a mountain town in central Puerto Rico. The bridge was built after Hurricane Maria as a temporary structure, Pérez-Lugo said, and it was never updated and made permanent.

A grid ready to fail

It doesn’t take much wind or water to knock out power in Puerto Rico ever since Hurricane Maria. The 2017 storm utterly decimated the country’s grid, causing the world’s second-longest blackout, which lasted for several months. Even small storms in Puerto Rico can plunge a few hundred thousand people into darkness.

“The electrical system was really weak,” Pérez-Lugo said, when Hurricane Fiona hit the island. “It’s structured in a vulnerable way,” she added.

One issue is that all of the power plants are in the southern part of the island but most electricity consumption is in the north, Pérez-Lugo said. That means power lines traverse miles and miles across mountains, where they’re exposed to wind, landslides, and other storm-fed impacts. “It is the recipe for disaster,” she said.

If those lines go down, major companies and dense residential areas lose power. So one solution is creating a more distributed grid, where power is generated closer to those who use it.

There’s plenty of blame to go around for the failing grid, though much of it falls on a private Canadian-American company called LUMA Energy. In 2020, the energy firm won a 15-year contract to operate Puerto Rico’s transmission and distribution system (the territory’s power plants are still owned by the government).

“People were so desperate to have a better electrical system,” Pérez-Lugo said. “Anything that could bring an alternative to a government-run monopoly was perceived as good.”

But privatization has brought its own issues including a lack of transparency and accountability, according to Fernando Tormos-Aponte, an expert in disaster response and an assistant professor of sociology at the University of Pittsburgh. And at the end of the day, the grid couldn’t withstand a relatively weak hurricane even five years after Maria.

“We want our customers to know that LUMA has been and will continue to work around the clock to restore power to Puerto Rico following the island-wide outage that began early Sunday afternoon,” LUMA Energy’s public safety manager, Abner Gómez, said in a statement Monday. “We will continue to work non-stop until every customer is restored and the entire grid is reenergized.” The company said it has restored power to more than 100,000 customers.

What’s especially concerning is power interruptions are a major contributor of deaths during extreme weather events. Many of Maria’s 3,000 or so deaths, for example, are attributed to the lack of electricity, which can disrupt health care services.

Outages can also cause disruptions to systems that provide water. “Power cannot be separated from water,” Tormos-Aponte said, mentioning that many water pumps require electricity to operate. “You have hundreds of communities that depend on community aqueducts that are out of power right now and have no way to provide water.”

Emergency officials are still assessing the damage in Puerto Rico, and it could be days before power is fully restored. On Monday afternoon, nearly all of LUMA’s customers tracked by the outage website PowerOutage.us — or more than 1.3 million — were without power.

In the meantime, attention is turning to how to prevent a similar outcome after the next storm. On the bright side, there’s a lot of low-hanging fruit.

While the Federal Emergency Management Agency (FEMA) made billions of dollars available to Puerto Rico after Hurricane Maria, much of that money has yet to be spent on infrastructure repairs, Pérez-Lugo said.

“I would like to see a more responsive government that is more attuned to the needs of their population,” Pérez-Lugo said.

“We need policies in place to ensure transparency and accountability,” Tormos-Aponte said. “We need monitoring of how money is used, but that should not come at the expense of acting quickly.”

More investment in renewable energy would also help, such as rooftop solar panels and small-scale grids that don’t go down even when the central power plants fail, said Sergio Marxuach, policy director at the Puerto Rico-based think tank Center for a New Economy. It would also help to make the island’s power grid “smarter” and capable of automatically sensing where, exactly, a break has occurred.

What’s perhaps most frustrating to experts is that Puerto Rico has known for years what it needs to do. “We have the plans already set for restructuring and modernizing the grid,” said Marxuach, who spoke from his home in Puerto Rico that he’s powering with a back-up generator. “We know exactly what needs to be done.”