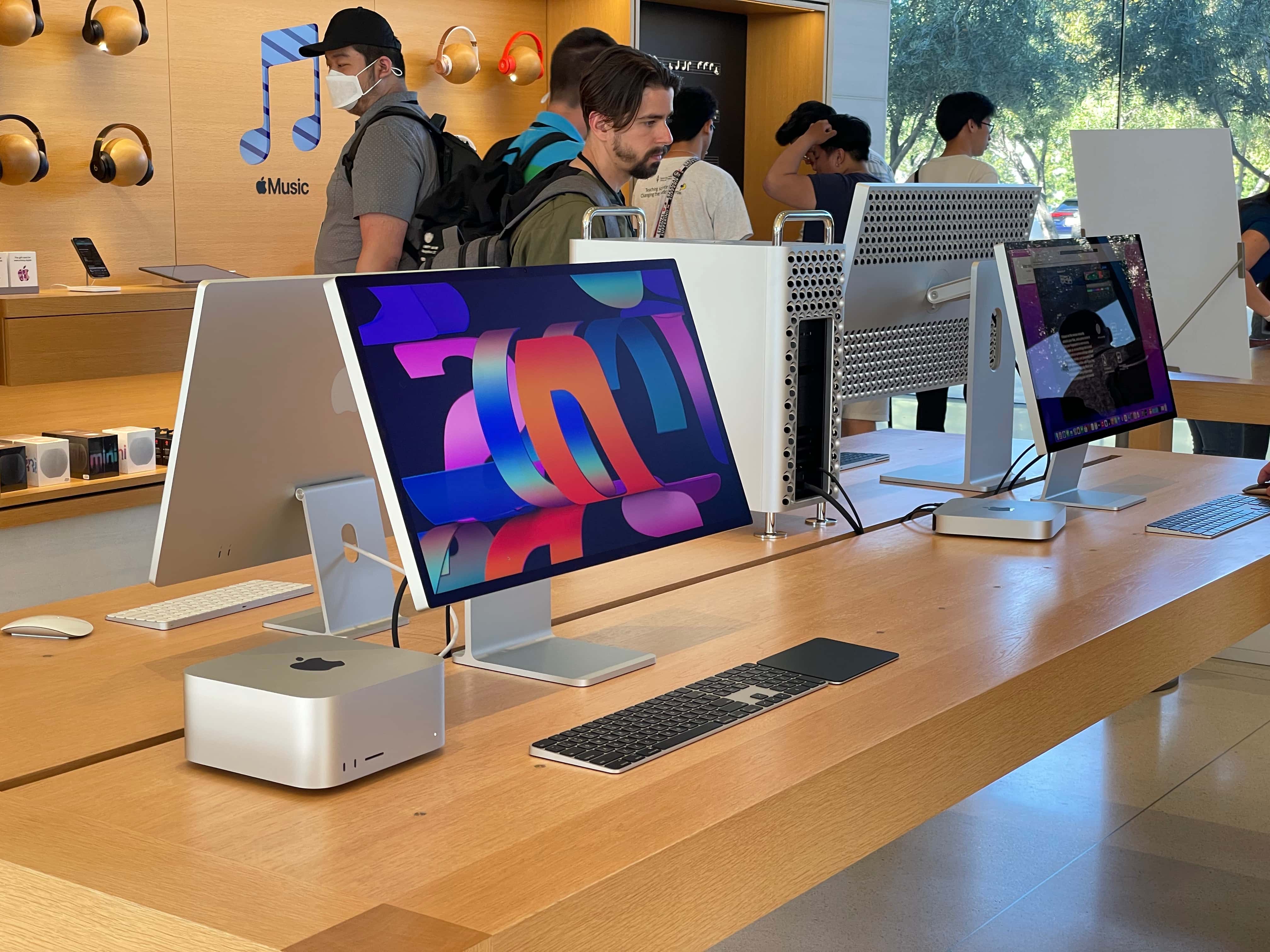 An enhanced version of the Apple Studio Display is expected soon with a better, brighter LCD. The “Pro” version be out before end of March, according to a reliable source.

Any Mac user in the market for a new external monitor should know what is about to join Apple’s product lineup.

The new screen will allegedly build on the Apple Studio Display that debuted in spring 2022. That current model is for the “prosumer” market, as it sports a 27-inch 5K LCD, a webcam and other high-end features. But it can’t match the screen quality of the Apple Pro Display XDR.

A year after the original, Apple will reportedly launch a “pro” version in the same size. The major change will be a mini-LED display.

For backlighting, mini-LED screens use thousands of LEDs that measure 0.2 millimeters or less —approximately one-fifth the size of regular LEDs. As a result, manufacturers can cram many more of them into a display. The result is higher contrast, blacker blacks, improved brightness and better power efficiency.

Obviously, the Apple Studio Display Pro didn’t get announced last week along with the new MacBook Pro and Mac mini models. But it will allegedly reach customers in the first three months of 2023. It may debut at the same time as the new Mac Pro at an expected Apple March event.

Pricing is unknown at this time. The original, 2022 version starts at $1599 — presumably, the mini-LED version will be more. Especially if it includes other enhancements.

The product leaks come from Ross Young, CEO of Display Supply Chain Consultants. His contacts at companies that provide Apple with display panels have allowed him to accurately predict upcoming products in the past.