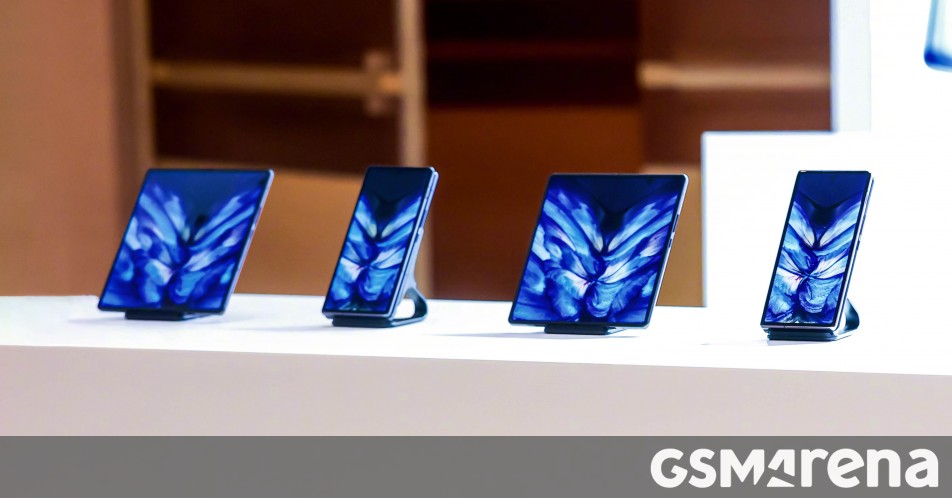 The vivo X Fold+ is this week’s biggest release (figuratively and literally) with its 8-inch folding screen, new chipset and larger battery. Does it have what it takes to make you reach for your wallet?

The big factor for many will likely be availability – vivo has not yet confirmed whether the X Fold+ will be offered in markets outside of China. The original X Fold from earlier never got its world tour so we’ll just have to wait and see if the Plus model will fix that.

The big update with the X Fold+ is undeniably the Snapdragon 8+ Gen 1 chipset which should provide 10% better performance compared to the SD 8 Gen 1 while also drawing 30% less power than before, bringing the phone in line with the latest Samsung and Xiaomi foldables out on the market. 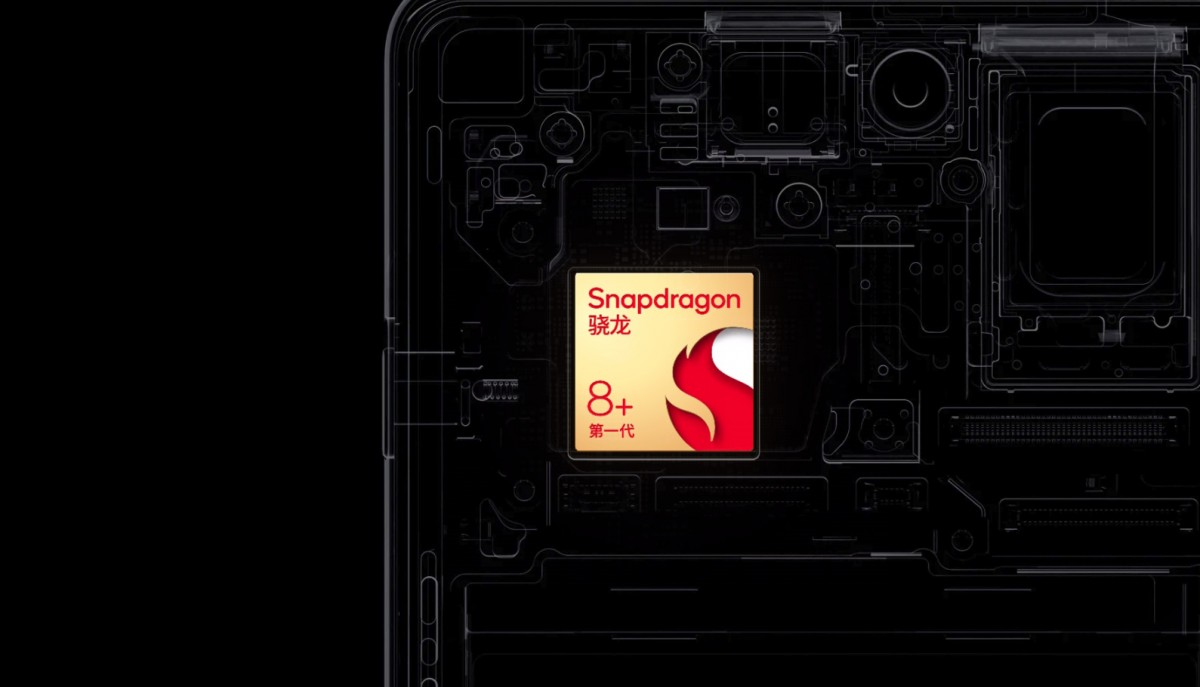 The other noteworthy update is the battery department where the X Fold+ brings a 4,730mAh cell, which is rated at nearly 2 more hours of video playback than the X Fold and its 4,600 mAh battery pack. Charging is the best you can get on a foldable right now with 80W wired and up to 50W wirelessly if you have the proprietary vivo wireless charger around.

The display remains an excellent LTPO E5 Samsung AMOLED with 2K+ resolution (1916 x 2160 pixels) and a 120Hz refresh rate. You get a squarish 4:3.55 aspect ratio, which means some apps like Instagram will continue to look weird. The panel features an improved anti-reflective coating and is HDR 10+ certified. One of the key benefits on the vivo compared to something like the Galaxy Z Fold4 is its cover display which brings a more mainstream 21:9 aspect ratio. This should make it more usable in those times you don’t want to open the big screen.

The cameras are impressive too – you get a proper 50MP wide, 48MP ultrawide and two telephoto modules – a 12MP camera with a 47mm lens for 2x portraits and an 8MP periscope camera with 5x magnification (60x digital zoom) and OIS. This is the same setup used on the original X Fold and is a lot more versatile than just about any other foldable out there. 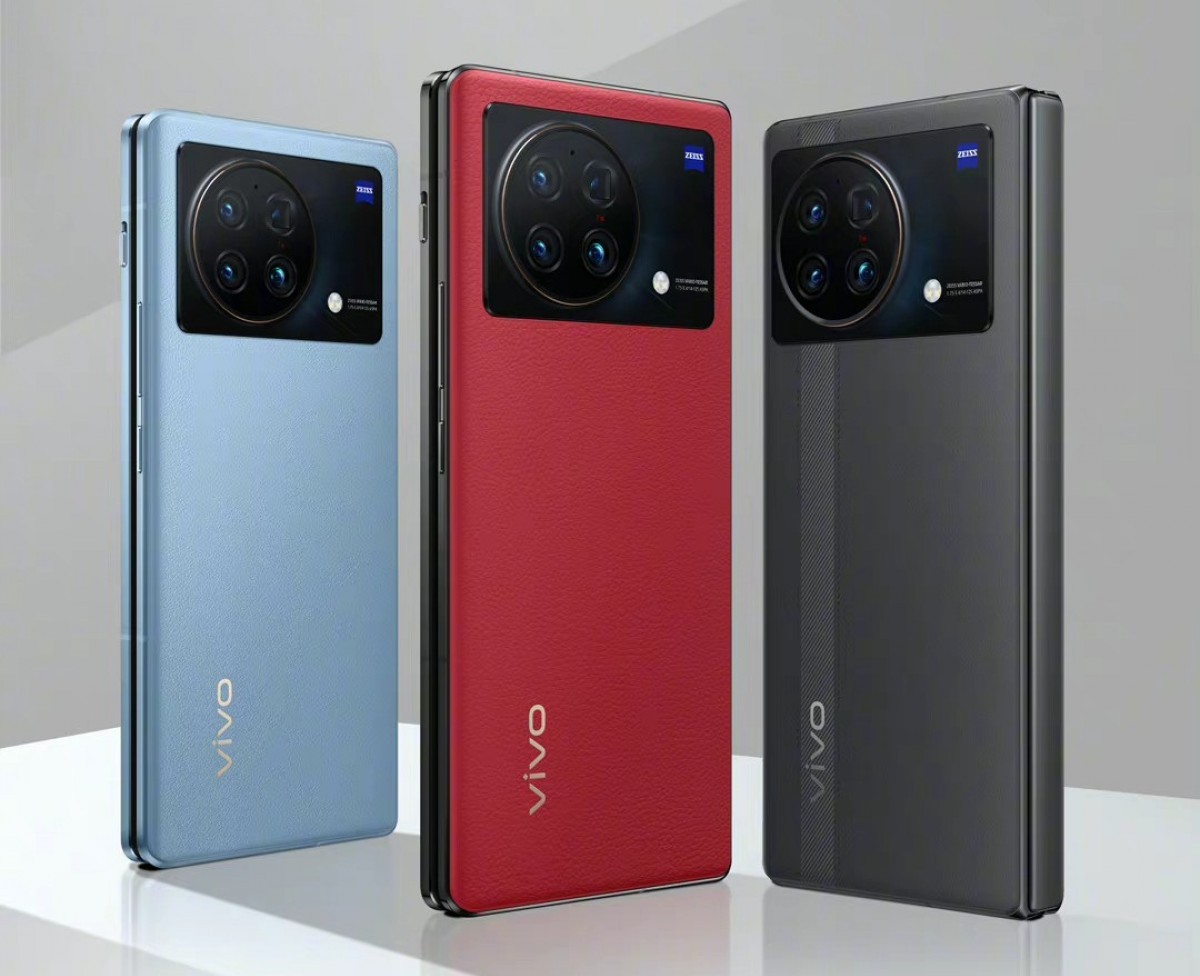 Speaking of size, the X Fold+ is still a brick of a phone weighing 311 grams. That’s way heavier than the Mix Fold 2 (262 grams) and Z Fold4 (263 grams) and pretty much any other phone on the market. It’s also physically larger than both of those devices at 162 x 144.9 x 6.3 mm in its unfolded state. There’s no official ingress protection rating though which is a bummer.

The software side brings vivo’s Origin OS Ocean on top of regular Android 12 and not the 12L version that’s optimized for foldables and tablets. There are some neat additions like the mode that lets you prop the device on a surface in its half-unfolded state during video calls or while watching movies though that’s pretty much it. Samsung is still the leader in terms of software on folding phones and we don’t expect that to change in the coming months. 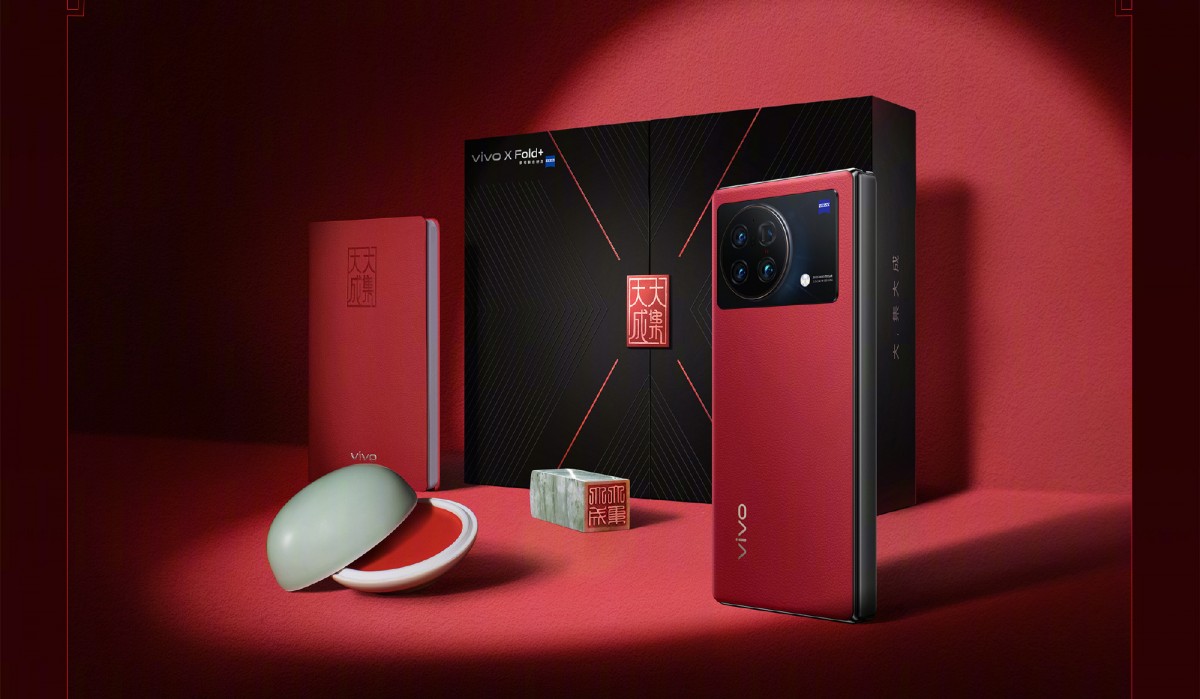 The X Fold+ also comes in a catchy new Huaxia Red color, which was not offered on the standard vivo X Fold. With the case for and against the X Fold+ made, let’s take a look at the competition.

Samsung Galaxy Z Fold4 is arguably the large screen foldable to beat right now. It boasts the most polished software experience, has the latest Qualcomm chipset and is IPX8 water resistant – something no other foldable apart from the Z Flip4 can brag about. The Z Fold4 also boasts stylus support, a decently sized battery and other neat features like Samsung DeX.

Sure, the cameras are still not on the level of the top-tier flagship phones, but they do match the ones on the S22 and S22+ which are very dependable. Charging is still capped at just 25W, though, which is far behind the rest of the industry at this point.

Xiaomi’s foldable is also one of the sleekest such devices on the market at just 5.4 mm thin and it’s built like a tank. It’s only available in China and we found its GPU to overheat in our review. Video recording capabilities here are less than impressive.

Lastly, we have yet another China-exclusive foldable – the Huawei Mate Xs 2. This one is the most expensive phone on the list at CNY 14,000 (€2,000). It brings the less widely used outward fold design which wraps the screen around the device. The benefit here is that there’s no crease which is quite appealing but the downside is that the device is more susceptible to damage with its screen wrapped around.

The cameras on Mate Xs 2 bring great quality both in daylight and at night. Mate Xs 2 runs on the older generation Snapdragon 888 (4G), has pretty disappointing battery life and no IP rating alongside the usual software limitations that come with Huawei devices. 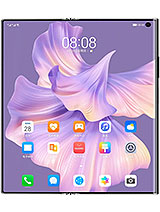 So, what are your thoughts on the vivo X Fold+? Would you be willing to try it out if it’s available in your corner of the world or do you prefer the foldables offered from Samsung, Xiaomi, Huawei and Oppo? Cast your vote below and chat it up in the comment section.

You can also cast your vote here if you are having trouble with the widget above.