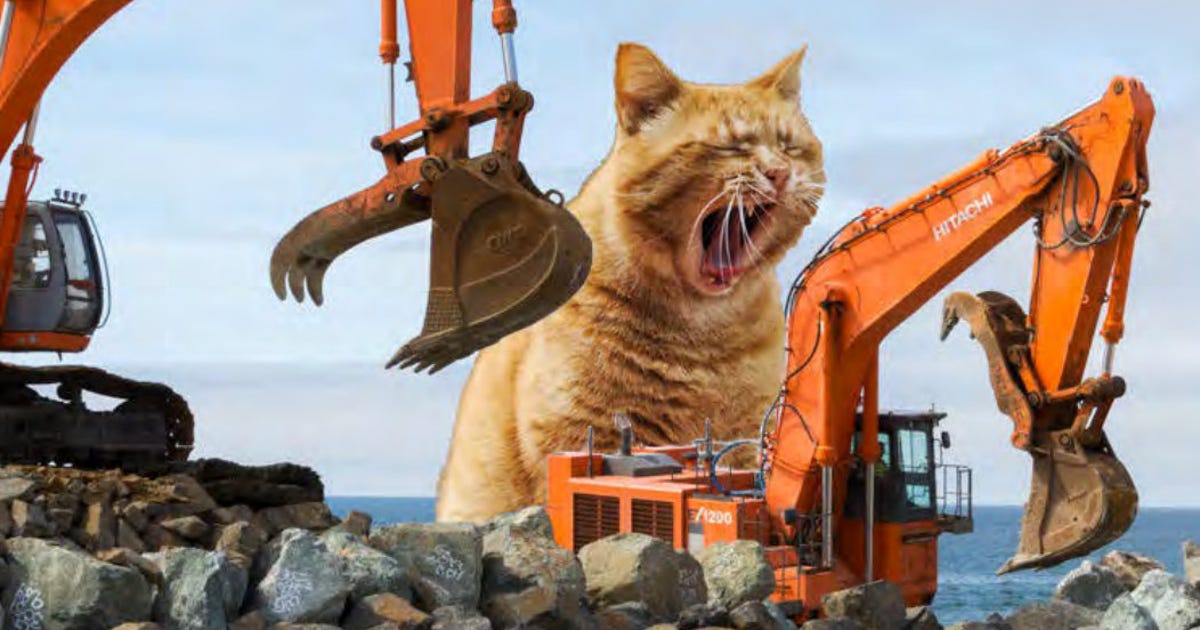 You probably already picked out your 2023 calendar. It might have gorgeous landscape photos or famous artwork for each month. Throw it away. I have something better: the US Army Corps of Engineers, Portland District 2023 cat calendar. Download and print it right now.

The calendar has the usual expected features, with a monthly photo and dates below. Each image shows a giant cat lounging on or attacking equipment or a key piece of infrastructure. January kicks off with a tabby using the Hills Creek Reservoir dam in Oregon as a scratching post. July stars a cat sitting on the deck of a Corps of Engineeers ship. Commentary about dams, giant cats and cat behavior accompanies the images.

The Corps of Engineers quietly released the calendar late last year, but it recently came to the public’s wider attention. The Portland District tweeted about it last week, with a tongue-in-cheek response to criticism of the “poorly Photoshopped” calendar. “At least now we finally have a New Year’s resolution. Going to enroll in a Photoshop class,” the group wrote.

I would argue that much of the charm of the calendar would be lost if it were a slick production. The wonky proportions, funky edges, goofy font, silly writing and random typesetting mark it as a labor of love and joy. Please, Corps of Engineers person who made this, don’t take that Photoshop class. Live your own giant-cat truth and do this again for 2024.