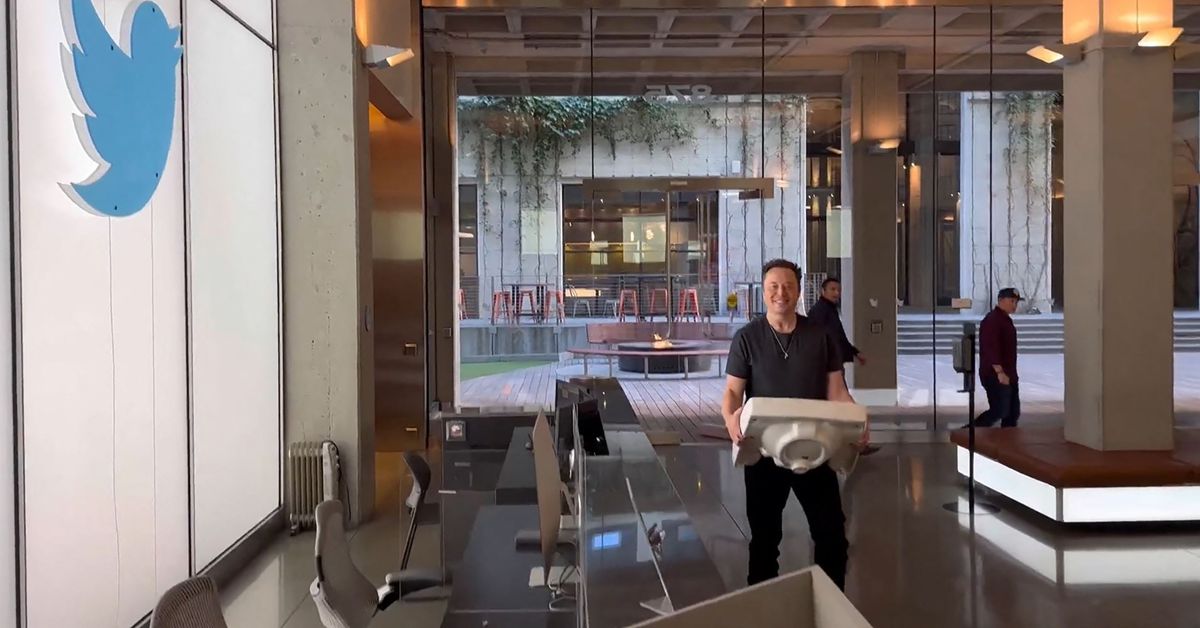 Since Elon Musk first offered to buy Twitter this spring, it appears that the billionaire has had a very hard time deciding just what to do with it. It seems as though every time he makes a grand pronouncement about the social media platform, he ends up walking it back. He’s changed his mind on everything from buying Twitter in the first place to what color its signature check marks should be, and he’s done so in a spectacularly public way. Some workers at the social media platform — those left after massive layoffs — are reportedly pulling 20-hour days to follow Musk’s ever-changing whims. He’s flip-flopped on so many things, it’s tough to keep track. Here’s a running list. Stay tuned for more.

Flip-flop: Buying Twitter
How long before he changed his mind: Three months (from bid to officially trying to get out of the bid)
What happened: After months of buying up Twitter stock, Musk put in an unsolicited bid to buy Twitter in April for $43 billion or $54.20 a share, which the company accepted later that month. However, right away, Musk began hemming and hawing about the deal. He officially tried to get out of it in July by saying the company misrepresented the number of bots on the platform. But faced with a potentially grueling trial, which would have exposed a lot of his personal communication and which he wasn’t guaranteed to win, Musk agreed to go through with the deal in October, three months after he tried to rescind it and six months after he sought to buy it in the first place.

Mini flip-flop: When Musk became its largest shareholder, Twitter asked him to join its board of directors, an offer he accepted then declined a few days later.

Flip-flop: Adding check marks to Twitter Blue
How long before he changed his mind: Two days (from launch to suspension)
What happened: Musk had been talking about upgrading Twitter Blue — a premium version of the app — since he bought Twitter in October, making it his first product priority after taking over. His idea was to let anyone who wants one buy a blue check mark, which is a badge on the Twitter profiles of public figures (like celebrities, journalists, and politicians) indicating that the person is who they say they are. This upset a lot of already blue-checked people, including author Stephen King of all people, who Musk publicly tried to negotiate with over price — going down from $20 to $8 a month. These new check marks, unlike the free ones that notable figures had pre-Musk, don’t verify identity, just that someone has $8 to spare each month, which means anyone paying could pretend to be someone else.

$20 a month to keep my blue check? Fuck that, they should pay me. If that gets instituted, I’m gone like Enron.

We need to pay the bills somehow! Twitter cannot rely entirely on advertisers. How about $8?

The company rolled check marks into the upgraded Twitter Blue feature on iOS on Wednesday, November 9. As many expected, chaos ensued. Fake but verified accounts popped up everywhere, from pharmaceutical giant Ely Lilly (which falsely claimed insulin was free), to Florida Gov. Ron DeSantis (which called Trump a “little bitch”) to Jesus, who is very funny and is not actually a parody risk. Some of these offending posts stayed up for hours.

By Friday, November 11, the company has reportedly suspended the launch of Twitter Blue “to help address impersonation issues.” Musk has said he wants to relaunch a “rock solid” version of Twitter Blue November 29, but the lead designers on the project have since left.

Musk tweeted Nov. 15 that people verified under the old rules would lose their check marks “in a few months” if they don’t pay.

Flip-flop: Gray check marks
How long before he changed his mind: Less than a day (from rollout to disappearing)
What happened: On the morning of Wednesday, November 9, Twitter began rolling out gray check marks for certain celebrities and publishers. People had worried that it would be difficult to distinguish between those who had blue check marks because they were public figures and those who were just paying for the blue check, and the gray checks were apparently the solution. Hours later, the gray checks disappeared. Musk, in Musk fashion, tweeted the news as a response to someone wondering where their gray check had gone, saying, “I just killed it.”

One day later, the gray checks were back, this time only for advertisers.

Flip-flop: Firing Twitter employees
How long before he changed his mind: Two days (from firing to calling some back)
What happened: Musk began massive layoffs in the middle of the night on Thursday, November 3, and by Friday half the company — roughly 3,700 workers — had been fired. By Saturday, Platformer’s Casey Newton reported the company had begun asking some of those workers to come back. Bloomberg later reported dozens of laid-off employees were asked to return. Apparently the layoffs were so enormous and haphazard, people had been laid off by mistake.

Flip-flop: Parody accounts
How long before he changed his mind: About a week (from “comedy!” to “it’s not funny when you make fun of me”)
What happened: When Musk purchased Twitter, he tweeted “comedy is now legal on Twitter.” Apparently, he does not consider parody to be comedy. After a number of accounts spoofed Musk by changing their display names to “Elon Musk” and using his profile picture, Musk stated accounts would be suspended if they parodied another without specifying they were a parody. That led to the suspension of numerous accounts, including that of celebrities like Kathy Griffin, Sarah Silverman, and Rich Sommer from Mad Men.

When Twitter rolled out Blue and parody accounts could now be verified, Musk made the parody guidelines stronger, asking parody accounts to list that they’re parody in their account name and their bio. For a time, those verified under Twitter’s legacy policy were unable to change their display names, leaving people like Doja Cat stuck with “christmas.” As The Verge pointed out, this made it very hard to mark one’s account as a parody. (Musk has since fixed the issue and Doja Cat’s display name is currently “fart.”)

Musk replied to a tweet by Hillary Clinton condemning Republicans for spreading conspiracy theories after a violent attack on Paul Pelosi, the husband of Democratic Speaker of the House Nancy Pelosi. Musk, taking a “just-asking-questions” attitude, wrote that “there is a tiny possibility there might be more to this story” and linked to an article by an outlet known for spreading fake news. It claimed, without evidence, that Pelosi was drunk at the time of the assault and “in a dispute with a male prostitute.”

After facing immediate widespread backlash by everyone from Jimmy Kimmel to the VP of the Anti-Defamation League, Musk deleted the tweet in just a few hours.

Flip-flop: Remote work
How long before he changed his mind: One week
What happened: In his first email to his new employees November 10, Musk rescinded Twitter’s policy of allowing employees to work remotely. Workers he said would have to spend a minimum of 40 hours per week in the office. A week later, a disabled engineering manager, fired for failing to return to the office, sued Twitter, saying the new policies violated the federal Americans with Disabilities Act, which requires employers to provide reasonable accommodations to employees like himself. That same day, Musk, hoping to retain workers who were leaving in droves, softened his stance on remote work. Musk said workers could work remotely as long as managers attest they’re making an “excellent contribution.”

Flip-flop: Convening a content moderation council before reinstating Trump
How long before he changed his mind: Less than a month
What happened: On October 28, Musk tweeted that Twitter would form a “content moderation council” and that “No major content decisions or account reinstatements will happen before that council convenes.” Presumably that meant tabling the decision to reinstate former president Donald Trump, who had been banned from the platform in January last year, after using it to help incite violence. Three weeks later, however, Musk held an informal Twitter poll on the matter and reinstating Trump got the majority, 52 to 48 percent. A day later, Musk said that Trump would be reinstated. So far Trump has not tweeted.

Musk’s constant flip-flopping is undermining the almost mythical aura surrounding the billionaire, often considered a visionary innovator and businessman. Twitter isn’t the same as launching rockets into space or creating an electric car company, but that doesn’t mean it’s not challenging. Watching his fumbling at Twitter play out on a global stage shows that Musk was much better at trolling Twitter when he didn’t own the place.

Update, November 22, 10:10 am: This story was originally published on November 12 and has been updated several times as Musk continues to flip-flop, most recently to include details about reinstating Donald Trump.