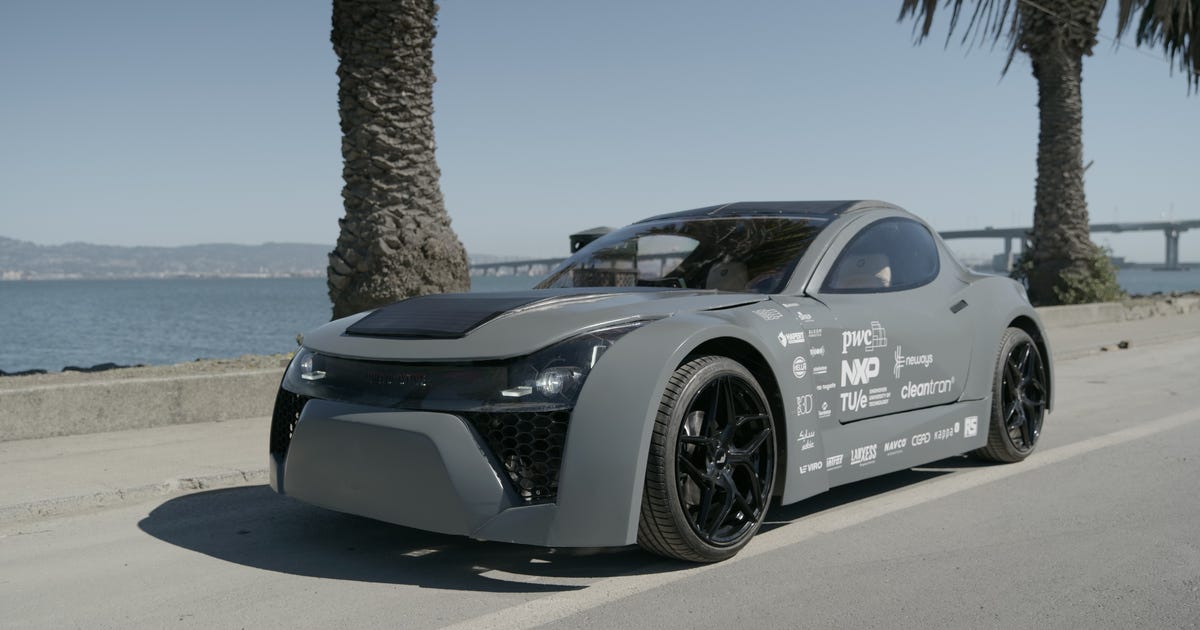 This story is part of Choosing Earth, a series that chronicles the impact of climate change and explores what’s being done about the problem.

It’s hard to imagine a world in which driving your car actually reduces your carbon footprint. But a group of college students from the Netherlands has built an electric car that they call the world’s first carbon negative vehicle.

ZEM, or Zero Emission Mobility, is a prototype vehicle designed and built by 35 students of Eindhoven University of Technology. Thanks to a pair of carbon capture devices behind the front grill, ZEM absorbs C02 as it drives. Students say it can collect about 4.5 pounds of carbon for every 20,000 miles driven (a mature tree captures about 48 pounds of carbon, on average per year). Watch the video above to see how the technology works. Once the filters are full, they can be emptied, and the carbon could be reused for fuel (or, the team says, even to make beer).

Though electric vehicles don’t emit carbon dioxide on the road, the process of producing their lithium batteries can generate large amounts of carbon. Carbon is also often emitted during the production of the electricity that ultimately powers an EV’s batteries. This is where, the Eindhoven students say, ZEM’s carbon filters can offset its carbon footprint.

“When these filters can be made modularly, they can be implemented into every type of vehicle, every type of transportation.” Eindhoven student Lars Holster told CNET.

Solar panels on the roof and hood provide eight lithium batteries with about 15% of ZEM’s power. There’s also a traditional plug-in connection behind the rear license plate. The team implemented bi-directional charging technology, so ZEM could be used as a generator to power a home’s appliances.

The students designed the vehicle to be sustainable through its entire lifecycle. The body is 3D-printed from recycled plastics, which can be shredded and reused at the end of the car’s life. The interior is made from pineapples, while the dash came from recycled cooking oils.

“ZEM is, to our knowledge, the most sustainable car in the world right now.” Holster said.

The team has no plans to sell ZEM (though members are hoping to patent its carbon capture technology). They say they hope the prototype vehicle can inspire automakers and other industry leaders to build on the idea. “What we can do as a team of 35 undergraduate students, a big company with a full department of bright engineers can do way better,” Holster said.

Carbon capture is expected to become big business in the next few years. Analysts predict it will be a $7 billion industry by 2028.