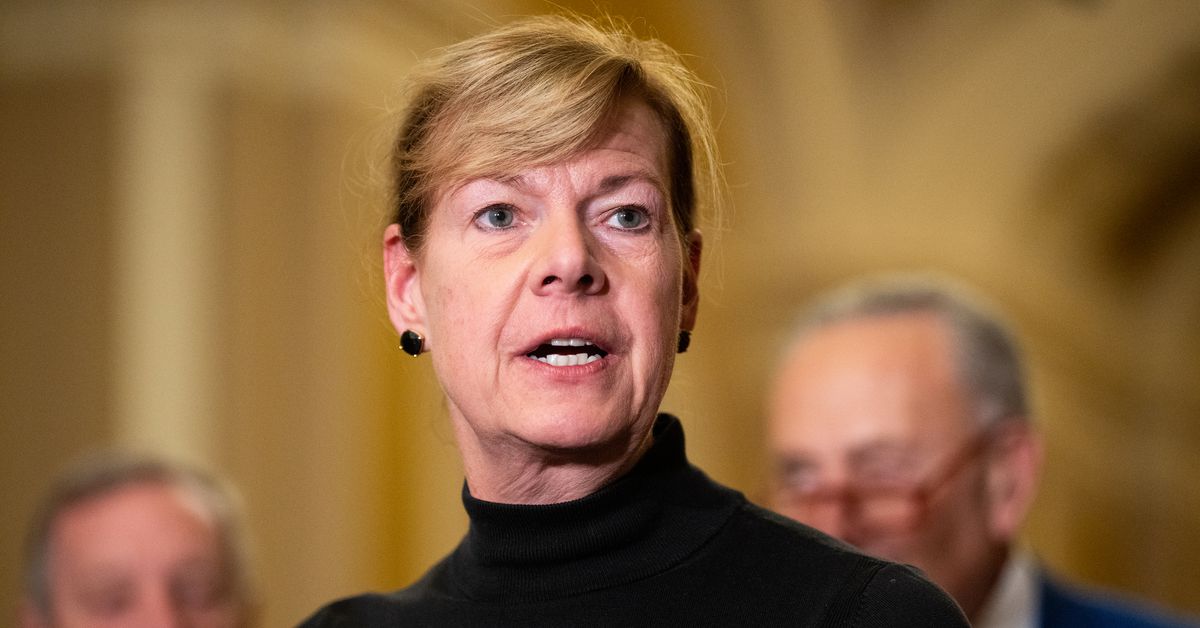 The Senate has advanced historic federal protections for same-sex marriage, sending a powerful message about the progress Congress, and the country, have made on the issue.

The legislation — which guarantees recognition of same-sex marriages across state lines and by the federal government — moved forward in a Wednesday procedural vote, picking up support from 62 senators, including 12 Republicans. Depending on how the timing shakes out, the Senate could vote on the bill’s final passage before Thanksgiving, or it could get pushed until after the holiday. The vote on Wednesday, however, is significant in that it shows how much bipartisan backing there is for the bill, and reveals that it has a filibuster-proof majority.

The vote underscores, too, how much Congress has evolved on the issue: Since 2009, legislation intended to protect same-sex marriage has stalled in the Senate due to a lack of momentum and opposition from both parties. The broad base of support on this bill is also notable because of how divided Congress has been on establishing protections for other rights including abortion rights and voting rights.

Because the House passed the bill earlier this year, it’s set to become law once the Senate passes it and sends it to President Joe Biden’s desk. After it’s enacted, the legislation would repeal the 1996 Defense of Marriage Act, which defined marriage as a legal union between a man and a woman, and it would force states to recognize same-sex marriages and interracial marriages even if they sought to limit them.

A right to same-sex marriage was established by Obergefell v. Hodges in 2015. But in the wake of the Supreme Court’s June decision repealing Roe v. Wade, Justice Clarence Thomas signaled in a judicial opinion that he could be interested in revisiting the decision. Concerns that same-sex marriage could, like abortion, soon be decided at the state level spurred lawmakers into codifying protections into law.

“This may well be the first time there is a standalone bill to affirm legal rights for same-sex couples,” says Jenny Pizer, the chief legal officer for Lambda Legal, an advocacy group for LGBTQ rights. “It’s a very important moment and it’s about mitigating the harms that the Supreme Court might do.”

Notably, the bill could face legal challenges of its own, and it doesn’t go as far as Obergefell in requiring states to issue marriage licenses to same-sex couples. Still, the legislation is a significant milestone that will provide an important shield for millions of Americans — and one that shows how much backing there is, both among lawmakers and the public, for defending marriage equality. “For the millions of Americans in same-sex and interracial marriages, this shows the American government and people see them and respect them,” Sen. Tammy Baldwin (D-WI) said in remarks on the Senate floor before the vote.

Earlier this year, 47 House Republicans, or roughly a fourth of the conference, voted in favor of this bill, a major shift for the party, even though the majority of the GOP still opposed it. The Senate vote underscores a similar dynamic, with 12 Republicans of 50 voting in favor of it.

Lawmakers are catching up to public opinion, which has changed dramatically in the last two decades: In 1996, 27 percent of people supported the legalization of same-sex marriage, according to Gallup polling. In 2022, that number is now 71 percent.

While many Republicans voted against the bill, the support it did pick up from the GOP speaks to how the party — and the country — has shifted on the issue. As representation of LGBTQ couples has grown, and as many people have gotten married in the wake of the 2015 Obergefell decision, Republicans increasingly face pressure to support same-sex marriage.

“On the heels of this midterm election, where the most extreme parts of the Republican Party did not fare as well as they might have hoped, there is an impetus for more moderate, temperate Republicans to step up and say they’re not bigots, and to differentiate themselves from that wing of the party,” says Katherine Franke, the director of the Center for Gender and Sexuality Law at Columbia University.

Sen. Susan Collins (R-ME), the top Republican cosponsor on the legislation, said she was encouraged by the outcome. “I was very pleased with the vote, we got over 60 … that marks real progress,” she told Vox. “I was particularly pleased that we were able to get the endorsement of many religious organizations because of the religious liberty protections we put in the bill.” Additional language, including an amendment that indicates nonprofit religious organizations do not need to provide services for marriages, was recently added to the legislation to assuage Republicans’ concerns.

The bill offers protections if Obergefell is overturned

The legislation is aimed at providing enduring protections in case Obergefell were overturned.

It ensures that states would have to recognize same-sex marriages performed in other states, and guarantees that people would still receive the legal protections these unions provide. If a couple was married in a blue state that enshrined same-sex marriage rights into law and then moved to a red state that did not, for example, the red state would still have to recognize their marriage. The bill also guarantees that the federal government would recognize same-sex marriages, which affects everything from access to social programs to tax policy to people’s immigration statuses.

If Obergefell were rolled back, this legislation wouldn’t restore all the protections it provides. While Obergefell required all states to issue marriage licenses to same-sex couples, for example, this bill would only require states to recognize marriages that are already valid in other states.

Experts also note that this bill could be legally challenged if states try to argue that Congress doesn’t have the authority to force them to recognize valid marriages from other states. That challenge, Franke says, might not be based on the most ironclad legal theories, but is still possible. In the unlikely instance that both Supreme Court precedent and this legislation were overturned, states — more than 30 of which have same-sex marriage bans on the books — would be able to revert back to their individual laws.

Despite any legal challenges the law could face, however, Congress’s expected passage of it makes a vital statement about where the House and Senate stand on these protections, and lawmakers’ willingness to preserve them in the face of a judicial threat.

“It’s a relief,” Sen. Dick Durbin (D-IL) told Vox. “It doesn’t go as far as the Obergefell decision but it’s a step in the right direction when you consider the threat of this Supreme Court.”

Update, November 16, 5:20 pm: This story was updated to include response from senators to the vote.