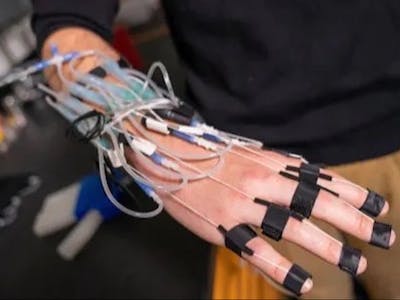 The modern digital world is built on transistors, which are the basic logic gates that enable virtually all computation today. But while transistors are ideal for this application, they aren’t the only way to handle logic. To prove that, Colton Decker and a team of researchers from Rice University and Harvard University published a study demonstrating programmable bistable soft valves for pneumatic computation.

With the major exception of quantum computing, almost all digital devices today rely on transistor-based Boolean logic. The reason for this is that Boolean logic enables complex operations through stacking of true/false branches. Most technical people understand binary code, which can represent any value through the exponential power of ones and zeros (true and false). But this goes further than data representation. One can also perform algebra by breaking it down into a series of true/false logic steps. Computers do this with logic gates combined to form NOT, AND, NAND, OR, NOR, XOR, and XNOR logical operations.

For this to work, a computer needs many logic gates that it can set to one of two states and that will remain in the set state until reset. Vacuum tubes commonly served this function until transistors came along. Now we use transistors almost exclusively. But there are many other electronic, mechanical, fluidic, pneumatic, optical, and even molecular ways to construct logic gates. In this case, Decker and his team built pneumatic logic gates that work well with soft robots.

Transistors are ubiquitous because they switch very quickly, they are cheap, and they can be extremely small. But that doesn’t mean that they’re ideal for every situation. Decker believes that these pneumatic logic circuits are better suited to some applications that require very little computational power but that need to be robust or operate without electricity. The density of these pneumatic logic gates is millions of times less than modern transistor ICs (Integrated Circuits), but that is enough for tasks that only require a few logical operations.

For an example, consider simple soft robot that continuously walks forward as long as air pumps through its bladders. If you wanted the robot to turn left, turn right, or back up when it runs into an obstacle, you would only need two input logic gates actuated by valves that open when they make physical contact with an obstacle, and an AND gate. That’s all the computation you need to make your robot respond to the obstacle in a logical manner.

The result is a programmable logic circuit driven entirely with air, which is ideal for soft robotics.