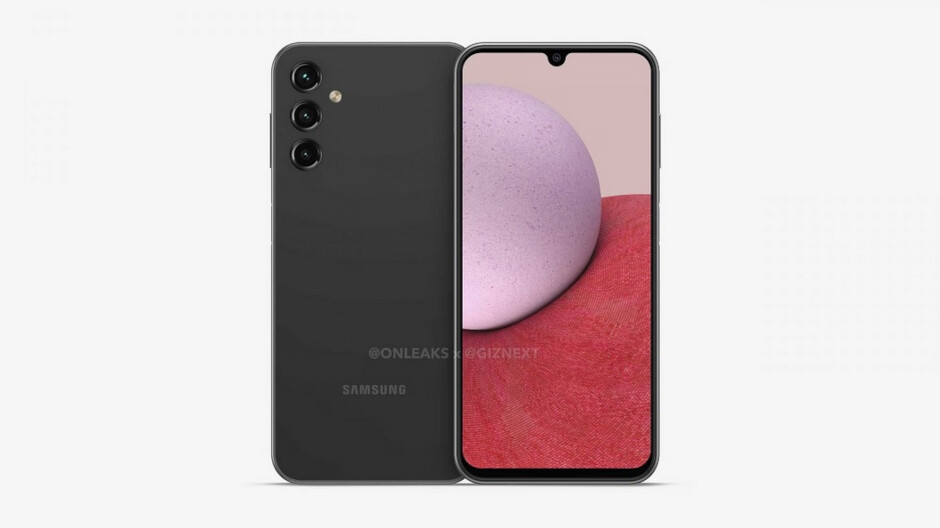 Renders of the Samsung Galaxy A14 have surfaced with some changes made to the device when compared to the various Galaxy A13 models that have been launched. The latter carried an Infinity-V screen which means that it had a “V-shaped” notch in the front center of the display. This is replaced on the Galaxy A14 with an Infinity-U screen which has a less harsh-looking notch in the front.

Before we get to the renders, let’s take a quick look at the history of the Galaxy A line and the Galaxy A13. The budget-priced A series is supposed to be more affordable but still feature a viable camera system and a huge battery. This makes the Galaxy A line popular in India which is the world’s second-largest smartphone market despite being a developing country.

Render of the Samsung Galaxy A14

The Galaxy A13 was first released last December with support for 5G. In March, Samsung released a 4G-only model followed by a variant launched this past June which was powered by a 12nm MediaTek Helio G80 chipset. The original A13 5G model had a 7nm MediaTek Dimensity 700 under the hood. It also featured a triple-camera setup (quad-camera setup on the 4G model) and the A14 will also feature three cameras on the rear panel.

The Galaxy A14 is rumored to carry a 6.8-inch LCD display with a 1080p FHD+ resolution (larger than the 6.5-inch screen found on the Galaxy A13 5G). The fingerprint sensor will reportedly be mounted on the side of the handset and there will be a 3.5mm earphone jack. With rumored dimensions of 167.7 x 78.7 x 9.3mm, the Galaxy A14 will be .5mm thicker than the 5G and 4G versions of the Galaxy A13 which could hint at a larger battery than the 5000mAh capacity component that kept the lights on for the Galaxy A13 series.

According to Giznet, which partnered on the render along with tipster @OnLeaks, the Galaxy A53, Galaxy A34, and the Galaxy A14 have entered the testing phase.