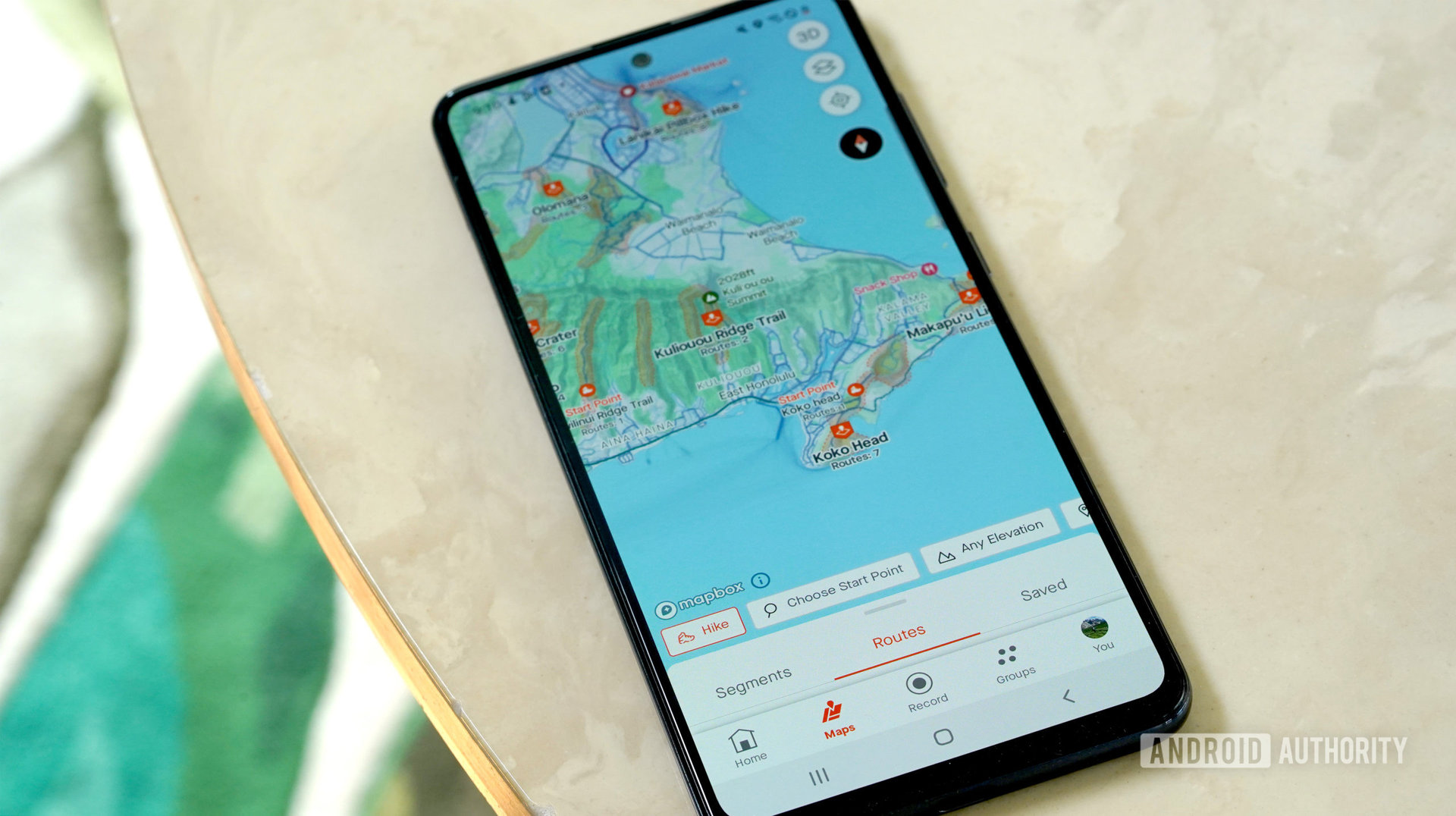 The return of in-person events has landed me in several new cities over the past year. From a stop in Chicago with Motorola to a week in Las Vegas for CES, I’ve had plenty of chances to explore. As the de facto runner of the Android Authority team, that almost always means lacing up a reliable pair of shoes and getting out for some miles. However, my internal compass is about as bad as they come, so I’ve had to rely on some help to see the sights. My running app, Strava, and specifically its maps, has become my go-to navigator when I’m on the road.

There are plenty of ways to head out for a run when you get to a new city. You can meet up with an established run club, make loops in a local park, or maybe make it up as you go along. However, it’s not always easy to toss yourself in with a group that runs together regularly — let alone find a way to synchronize your schedule if you’re traveling for work. Running in a park can be tricky, too, especially if it closes at dusk or is small enough that you have to run the same loop a dozen times. Strava, on the other hand, offers all the flexibility I want.

The Global Heatmap, as Strava calls it, acts like an invisible run club, highlighting the streets (and trails) most traveled from one city to the next. The most popular paths are displayed in dark blue when viewed on mobile, while the web version acts more like a true heatmap. Top trails show in bright white, slowly fading to a deeper red as traffic fades. Both versions work the same, so it’s up to you to decide how to make your plan.

Strava’s Global Heatmap is like your tour of the stars — if those stars are roads that are nice to run on.

In my case, the Global Heatmap is the perfect way to start my run because it’s not tied to a specific point. I like to walk out the door and begin my run rather than head to one of the many Start Points. Even then, I tend to stick to a lighter path on the map until I can pick up a main route. Sometimes it brings me past a hidden gem, but mostly it just keeps me safe. I know where I can run in my hometown regarding sidewalks and wide shoulders, but it’s not always obvious in a new city. When I see a darker line on Strava’s map, I at least know that I can get by without spending time in traffic.

Strava’s Global Heatmap isn’t the only way around, either. If you’re headed back to a city you’ve run in before, you can dip back into your Personal Heatmap. It follows the same idea, highlighting the roads most taken, but it’s tailored to your activities if you want to relive one of your favorite workouts. I have a few runs that I’m itching to repeat in the future, but the personal heatmap is also a reliable way to ensure you see new parts of a city each time you go.

Ever want a guided tour?

Although I prefer to scour the map and make a plan in my head, Strava Routes make life even easier. They go further than the Global Heatmap, letting you filter and sort through popular paths to find the perfect workout. There are only a few workout options right now, including runs, trail runs, and cycle rides, but they take a lot of the guesswork out of exploring. You might have to head to a specific Start Point, but there’s no shortage of them, as seen above.

I don’t always follow my watch’s workout recommendations while traveling — who knows if I can get a hill workout in — so filtering by distance has become a lifesaver. When in doubt, I default to about eight miles a day, and it’s nice to have an idea of exactly where that takes me. You can also sort for elevation and running or cycling surfaces, but it’s not always easy to find gravel or trails in some cities.

When in doubt, Strava Routes take the guesswork out of workout planning.

Perhaps even more important is that you can save a Strava Route to your phone or GPS watch. Both Garmin and Coros offer support right now, so you can pull a map up on your watch and follow each turn rather than opening your phone every half-mile or so. It’s also easy to pause a route in the middle if you end up at one of the many photo spots or points of interest on the map.

How do you make your own Strava Route?

It’s easiest to rely on someone else’s Strava Route when you’re in a new city, but that’s not your only option. You can also draw your own by hand if there’s a list of sites you want to see. Unfortunately, like many of the best Strava features, creating routes and getting up close and personal with the Global Heatmap comes at a cost. Specifically, you’ll have to have a Strava subscription. Here’s how you can manage routes on mobile and the web:

Creating a route on Strava’s mobile app is simplified but still offers plenty of flexibility. Strava automatically creates routes using a mix of public activities and data from OpenStreetMap, meaning that it’s basically up to you to choose a start point and a distance. If you want to tweak the premade route, you can long-press on another one of the labeled Start Points to generate a new set of routes from there. You can also drag specific waypoints along the map, but drawing a map from scratch is not currently possible.

Strava Routes on the web:

If you really want to get into the weeds of making a Strava Route, you have to do it on the web. It might not be as convenient as using your phone, but the more extensive interface makes life much easier. Here’s what you have to do:

Adding segments and clicking along roads might sound complicated, but it’s pretty easy. Strava will automatically lock your route to existing pathways and segments so you don’t accidentally try to navigate through a house or school. Segments are also an excellent way to get yourself on some Local Legend leaderboards.

One last tip — if you don’t want to pay for Strava long-term, start a free trial. While testing it out, save as many routes as you think you’ll want and use them later. You won’t be able to add new ones after your trial ends, but you should still be able to use the ones you saved.

At the end of the day, you don’t have to be a Strava improv artist. You don’t have to take all of your runs predetermined, either. All that matters is that you get out there. There’s plenty to see in a new city, and you might find hidden gems in your own city — all you have to do is get yourself out the door.

How do you prefer to explore a city? Let us know in the poll below.

How do you prefer to explore a city?