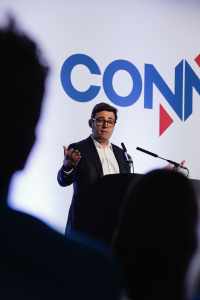 With the cost-of-living crisis only growing more severe in the UK, the question of digital exclusion was a major theme of discussion at this year’s Connected Britain conference in London. While the coronavirus pandemic has shed light on the now essential nature of connectivity for daily life, as inflation soars many people could soon be forced to choose between heating their homes or their broadband access.

This is why, earlier this week, Mayor of Greater Manchester, Andy Burnham, took to the Connected Britain stage to unveil a new pilot programme that will see five ISPs matched with five social housing providers, aiming to better understand and mitigate digital exclusion throughout the region.

Greater Manchester has around 260,000 residents living in social housing – around 20% of the region’s population – with estimates suggesting that around 60% of these residents face the risk of digital exclusion.

The pilot scheme will see BT, Hyperoptic, TalkTalk, Virgin Media O2, and Vodafone each join forces with one of five social housing providers – Bolton at Home, Southway Homes, Stockport Homes, Wigan and Leigh Housing, and Wythenshawe Housing – to provide digital support to residents and work to gain a deeper understanding of the digital issues facing these communities.

This support provided will vary depending on the ISP in question but will likely take the form of digital skills training and discounted broadband packages and devices. Particular focus will be given to supporting some of the most vulnerable demographics in society, including those ages over 75, those with disabilities, and vulnerable young people.

“We estimate up to 60% of social housing residents in Greater Manchester face levels of digital exclusion. I firmly believe that digital connectivity should be recognised as a basic human right – and treated as a utility like water, gas, and electricity. By bringing together five of the UK’s biggest internet service providers with five social housing providers from across the region, we’ll be able to understand better the challenges behind that belief, as we attempt to tackle digital exclusion within social housing setting,” said Burnham.

Vodafone, the only solely mobile operator of the ISP group, has already announced that it will provide free SIM cards to up to 1,000 residents, in conjunction with its everyone.connected scheme.

Further details from the rest of the ISPs are expected to be announced soon.

If the pilot programme proves successful, it is hoped the scheme will be expanded to other parts of the UK, with more ISPs and social housing providers joining forces to help close the digital divide.

For now, Burnham hopes that Great Manchester can be transformed into a UK-leading digital city, where no one is left excluded from the digital world.

“To get that crown of the UK’s leading digital city, what actually should that mean? It’s more than just the number of digital and tech jobs or the number of blue-chip players you have within the city region, it’s more than the infrastructure,” said Burnham. “We aspire to be a city region where everyone has got day-to-day connectivity so that they can take care of their finances, do their homework, find work, find opportunity, and book appointments from public services.”