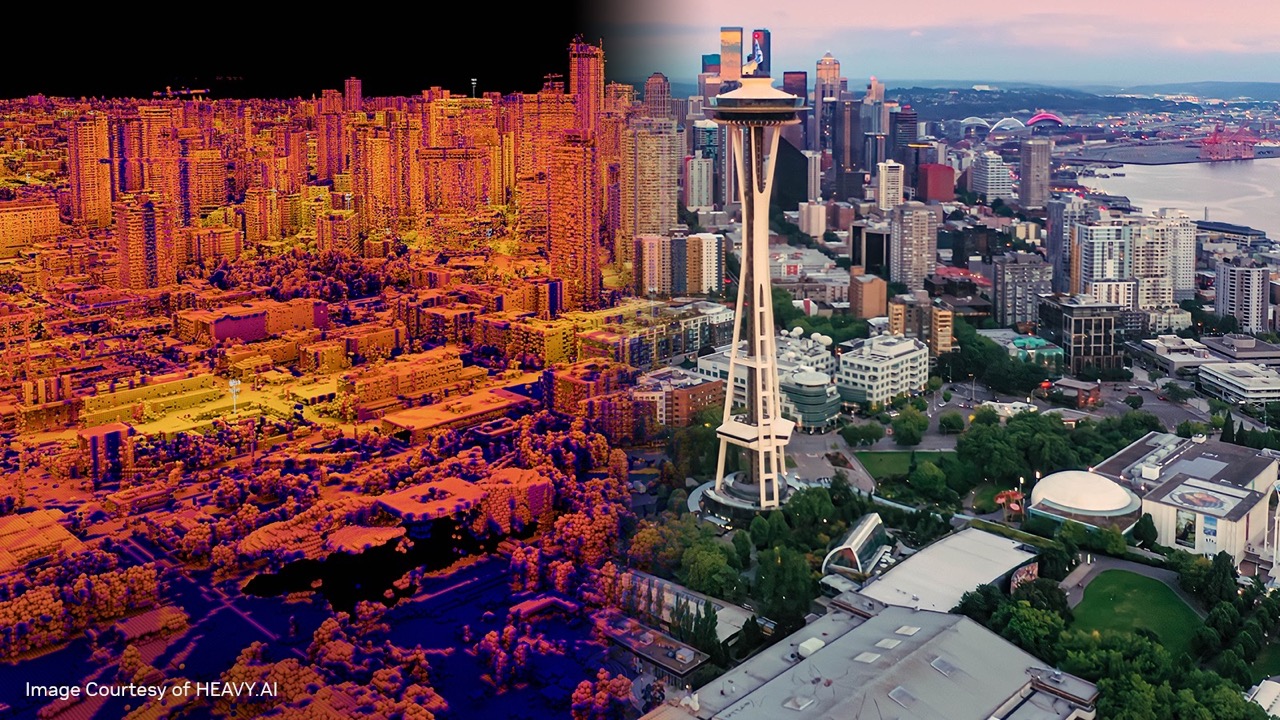 The companies say the “digital twin” concept behind HeavyRF can help network operators better plan and deploy their 5G network buildouts. Heavy.AI says the tech is already in the hands of Charter Communications, which is using it to plan 5G buildouts of their Spectrum service.

“We are a technology platform,” said Heavy.AI CEO Jon Kondo in a recent interview with RCR Wireless News. “We started in big data analytics. Our software allows people to process massive volumes of data. We leverage Nvidia GPUs (Graphics Processing Units) to do parallel processing.”

“It’s for when people have to be able to look at all the data, and not just downsample or pre-aggregate and such,” he added.

“This will allow network planners to be able to simulate physically accurate data in a digital world,” explained Kondo. That includes variability like weather phenomena, foliage, signal reflection and more. It’s faster than “old-style calculations,” said Kondo, and less cumbersome than having to send techs out to the field to do measurements and estimates.

“The Omniverse platform is a digital twin platform. It’s in the metaverse, as the world likes to call it,” said Ronnie Vasishta, Nvidia’s SVP of telecom. “Omniverse is the platform that enables digital twin realization and visualization. I think this adds significant benefits to the telcos as they’re going through this very challenging deployment, monetization, and optimization.”

HeavyRF can be used to answer questions for telcos struggling with infrastructure buildout before ever putting equipment in the field, said Vasishta, enumerating some of the questions they deal with.

“Where are all the commercial buildings that need to get coverage? Where are the residential buildings. Where do you need to put a tower? How high should the tower be? What output power should the tower antennas have? What effect does weather have on RF propagation? And as we move into material description, what kind of effect as glass versus concrete have,” said Vasishta.

“These are things that are incredibly difficult to be able to do at any scale, and any degree of accuracy. The 3D visualization of that, but also the ingestion of that data, real time and the output into a visual world will unlock capabilities that have just not been possible before,” he added.

This isn’t the first time Nvidia has pitched Omniverse as a 5G aid for telecoms. In 2021, Nvidia and Ericsson announced a collaboration to use Omniverse Enterprise as a basis for figuring out optimal 5G tower placement. Kondo sees HeavyRF as a further evolution of that concept, but with a much greater level of granularity.

“What Ericsson did is a very tower-accurate kind of thing,” said Kondo. “What we are bringing in is massive scenario planning.”

“Ericsson actually came to us a while back and showed us some things they were doing inner city for their 5G antenna propagation and then built out the city in Stockholm to do even more. The whole idea is that Omniverse is a platform that can be built upon and customized,” he said.

“It’s a huge, huge opportunity when you have a $2 trillion market, and you can save potentially billions of dollars,” said Kerris. “I expect we’ll see more companies in this space as well.”

Figuring out RF propagation is an important part of the equation, said Kondo, but that doesn’t tell the entire story.

One of the unique capabilities that we have is we can bring in customer data,” he explained. “So you may be able to put this tower in to get the best propagation, but it only affects 1000 customers. Whereas you put one somewhere else that may not be as technically perfect, but it covers 50,000 customers. So, you can reduce churn in your customer base because you’ve improved that quality of service.”

Kondo said that data can come from many sources, including satellite imagery, LIDAR data, customer clutter data and more. “That’s really been our premise from the very start: take in multiple streams of data, different varieties in massive amounts, and layer them together to give you a true view,” he said.

The tech’s focus right now will help CSPs with macro cell tower installs, but Kondo said that Heavy.AI will add small cell support as time goes on as well. Another critical area that CSPs are asking for help with is power consumption, he said.

“If you’ve got the imagery, we can help do that,” he said.