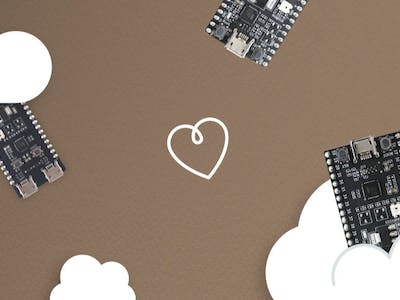 Arduino offers users two use models for programming microcontroller boards: an IDE that runs on a PC or a cloud-based development platform. The downloadable IDE is well-known in the hobby and professional worlds for supporting a large variety of boards. On the other hand, Arduino Cloud’s web editor and IoT hub support a much smaller set. For example, this platform already supported the Arduino-developed boards, ESP8266 boards, and ESP32 modules. Just the other day, Arduino announced added support for three ESP32 variations: the ESP32-S2, S3, and C3!

These variations of the ESP32 system-on-a-module (SOM) have hardware differences that make them unique. For example, the ESP32-S2 only has a single 32-bit Xtensa core, reduced RAM and ROM, and Wi-Fi only (no Bluetooth) — compared to the traditional ESP32. These tradeoffs mean the S2 draws significantly less power consumption, especially while active.

The dual-core ESP32-S3 is similar to the original and, unlike the S2, has Bluetooth 5 (LE) support. In addition, it has instructions specific to neural networks and signal processing which is helpful in edge machine learning applications.

When Esspresif introduced the ESP32-C3, it was their first SOM based entirely on the RISC-V architecture. It is a low-cost, single-core SOM with Wi-Fi and Bluetooth support.

Support for ESP32-S2, S3, and C3 modules is now available. The easiest way to configure an Arduino Web Editor project for the ESP32- variants is to filter on “ESP32-S” or “ESP32-C.” There is also an updated tutorial page on connecting either ESP32 or ESP8266 boards available as well. For additional information, check out this Arduino blog post.